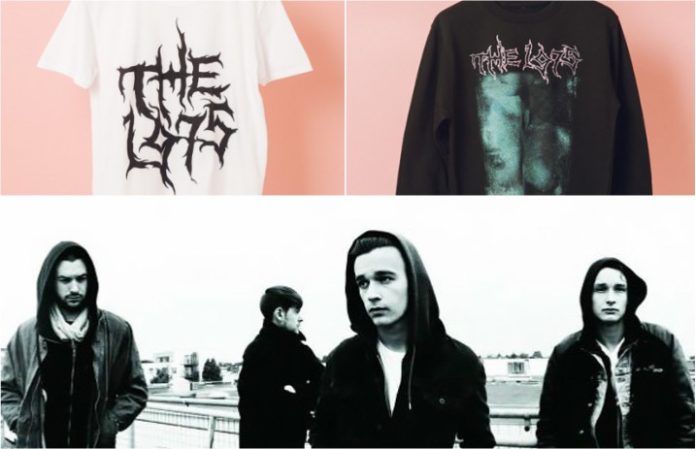 Need new band merch? We got you covered. If the 1975's partnership with It Gets Better wasn't enough to make you buy merch, the band also has a few designs with a black metal spin on them.

Read more: The 1975 announce partnership with the It Gets Better project

While they're the least metal band around, we gotta say the band name looks pretty dope in the infamous metal typography. Plus, it's a good alternative style if you're not into their pink or floral designs.

But we'll have to wait and see if black metal influenced their new music once it's released.

Shirts start at $30 while a sweater goes for $50. A patch is also available in a set for $15 if you need to make a denim jacket look a little more awesome.

Like these designs? Sound off in the comments below.