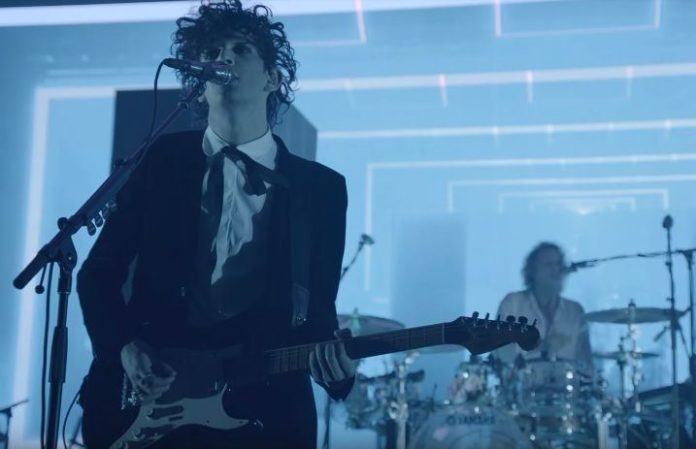 Now, the band have gifted us with a spectacular live rendition of their tour supporting their 2016 record I like it when you sleep, for you are so beautiful yet so unaware of it, which we can play whenever and wherever. (Yep, we will actually be playing this 24/7.)

And if you want to watch the performance again, you can do so here:

We knew something had to be coming. In a tweet earlier this week, Healy shared an ambiguous black image with text that reads: “DH00278”

The band officially announced their third album back in April, but even that caused confusion for fans. Music For Cars is the same title as the band's third EP, which was released in March 2013 and featured “Anobrain,” “Chocolate,” “HNSCC,” “Head.Cars.Bending” and “Me,” but it only made sense to make it an album title too, as Healy explains.

So does this mean the band will be continuing to share these blasts from the past with their newest record? We’re not sure. But then, the band shook everything up and teased the ultimate news: A new EP, with new music that's supposed to be released before the end of 2017… There's still time, of course!

Will you be listening to DH00278 on repeat, too? Let us know in the comments below!