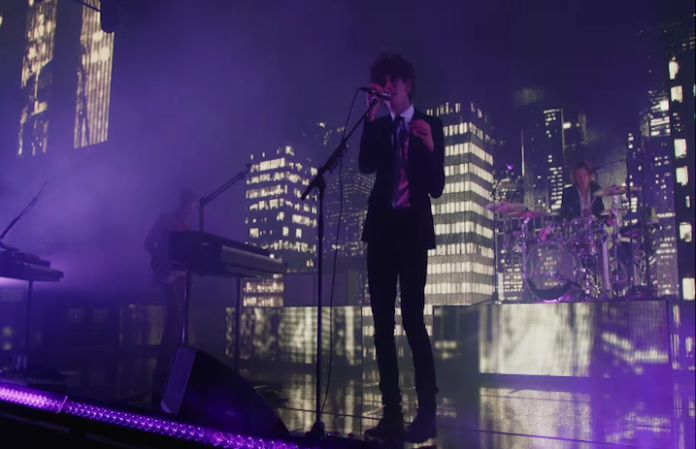 During the 1975's concert in Detroit last night, frontman Matty Healy shared an emotional speech midway through the show about the lives lost at the Ariana Grande concert in the band's hometown of Manchester.

“I’m f*cking pissed off. I’m bored of nationalism, and I’m bored of racism,” frontman Matty Healy explains. “Nationalism, religion, all these regressive things, they’re over. We can’t carry on in the way that we’re carrying on.”

He continues, explaining how he is unsure what the cause of the attack was at the moment the speech was given, but explains further that shows are where fans are supposed to be safe.

Hear his emotional speech below:

Matty @Truman_Black talking about the Manchester attack at @the1975 concert tonight in Detroit pic.twitter.com/eplDOECvFD

Following last night's events, the Greater Manchester police released a statement, with the number of confirmed dead increasing from 19 to 22 with 59 others injured. The Associated Press confirmed that 12 children under the age of 16 were among the 59 injured during the concert attack, and the first identified victim of the attack is Georgina Callander, an 18-year-old student.

Our thoughts are with the victims and their families.