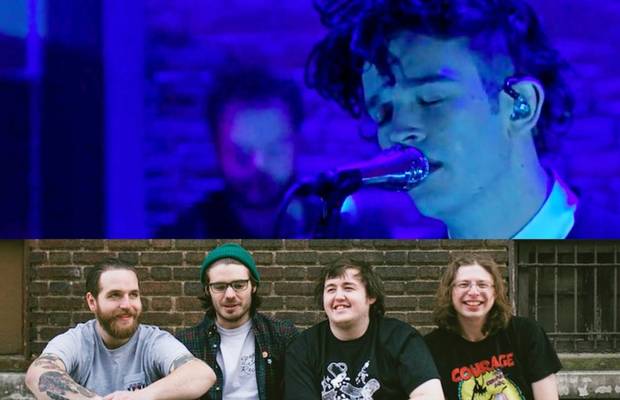 Read more: Green Day diss Trump (again) during awards show and other news you might have missed yesterday

1. The 1975 gifted Late Night With Seth Meyers with a beautiful performance of their track, “Somebody Else.” Check it out:

“Somebody Else” comes from the 1975's most recent album, I Like It When You Sleep, For You Are So Beautiful Yet So Unaware Of It, which released in February of this year.

2. It's election day. To celebrate, Modern Baseball unveiled an anti-Trump, 'Simpsons'-referenced song, “Bart To The Future, Pt. 2: The Musical.”

The track is latest edition to the 30 Days, 30 (now 50) Songs project, written and recorded by artists for a Trump-free America and includes Death Cab For Cutie. Not only does “Bart To The Future” have political significance—but it's also Modern Baseball's first new track since their release Holy Ghost from a few months back.

According to Stereogum, this is what the band had to say about the track:

“It was impossible to say EVERYTHING we wanted to say about Trump. We knew that by looking at him as a peer, rather than this untouchable figure, we could judge and treat him like any other greedy, self-centered, short-tempered, racist, sexist, unqualified person you meet in everyday life. Still, knowing that name calling will get you nowhere—we kept our examples generalized so that listeners can come to their own conclusions about how Trump really is, and how he would be as POTUS.“

Read more: Musicians rock the vote this election day—check it out

The band's album, Automatic, will be released internationally by Sharptone this Friday.

4. Pure Noise Records' My Iron Lung have posted a goodbye message on their Facebook, along with a string of farewell tour dates:

5. Famous Last Words have announced a headlining tour with the Funeral Portrait and Versus Me. Dates are below, and nab a VIP ticket here!

The tour is in support of their newest album, The Incubus.

6. Another appropriate election day song, Stray From The Path make a comment on the United States' political system with “The House Always Wins.” Listen:

A new album from the group should be coming from Sumerian next year.

7. More metal in the mainstream? You bet. Here's the newest installment: Slayer have teamed up with skate company/fashion brand Supreme for a new clothing line. Some photos (via Supreme):

This comes after Black Sabbath partnered with the brand earlier this year, according to TeamRock. Slayer's line will be released in the New York, Los Angeles, London and Paris stores and online Nov. 10.