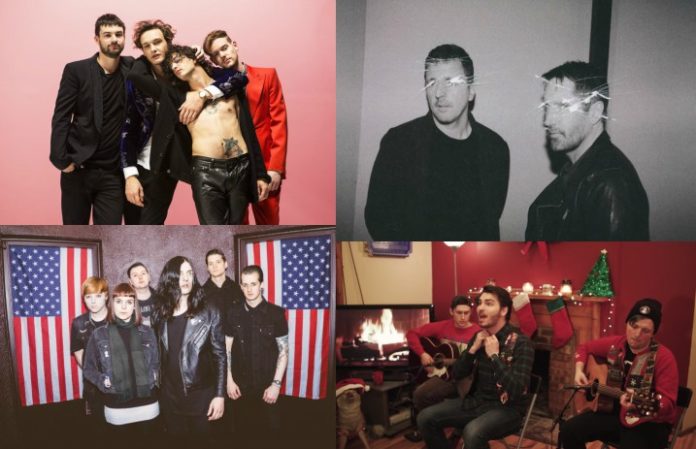 Read more: Billie Joe Armstrong shares moving performance on ‘Conan’ and other news you might have missed today

As part of the Dirty Hit Sampler, the song, previously only available on the Target Exclusive of their album I Like It When You Sleep, for You Are So Beautiful yet So Unaware of It, is now available as a free download here.

The EP is now available to stream. Listen below:

3. Creeper have announced Boston hardcore band, Energy, as support for their UK tour.

London-based band Puppy will also be on the bill. The tour kicks off on March 25 in Manchester and wraps up April 1 in Birmingham.

See all the dates below:

Punk Rock Bowling & Music Festival, an outdoor music festival in downtown Las Vegas, NV has announced some of the acts performing — including Iggy Pop and Pennywise. The fest will run from Friday, May 26 through Monday, May 29.

You can buy tickets here.

5. Finally, get in the holiday spirit by listening to Sleep On it cover Fall Out Boy’s “Yule Shoot Your Eye Out”—it's awesome!