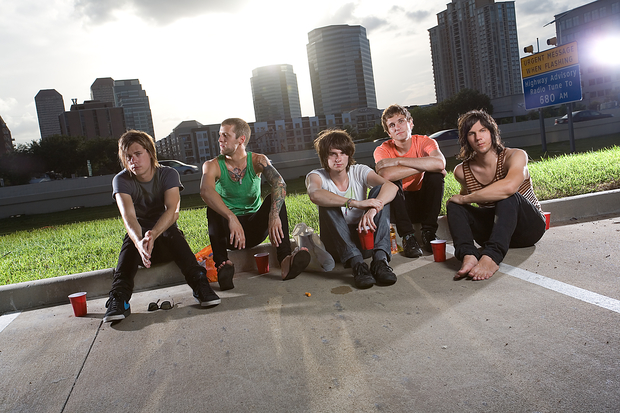 ﻿﻿The Academy Is… just announced on their website that Andy Mrotek and Michael Guy Chislett have left the band. In a statement, the group said:

Time is a funny thing. It seems to pick and choose the speed at which it passes without regard for its passengers. Through all that whirling time, things change. The arts change, fashions change, tastes change, hearts change, moods change, minds change, people chane, roads change. At some point in time, every road finds itself branching out in different directions. TAI has reached that point. As difficult as it is to let go, Andy Mrotek and Michael Guy Chislett are parting ways with The Academy Is… We feel that this is the right choice for all involved to embrace the changes, new hopes and desires that have individually taken hold.

The statement goes on to note that the three remaining members of the band–William Beckett, Adam Siska and Mike Carden–“are looking and moving forward to a new era of TAI.”

Mrotek is focusing full-time on his band Animal Upstairs and Chislett “has been busy co-writing, producing and touring with various artists over the past year, and is currently touring with Brooke Fraser on her world tour.”

You can also hear a demo of a new track titled “Chicago” on their website.

We'll have more updates as we know them.