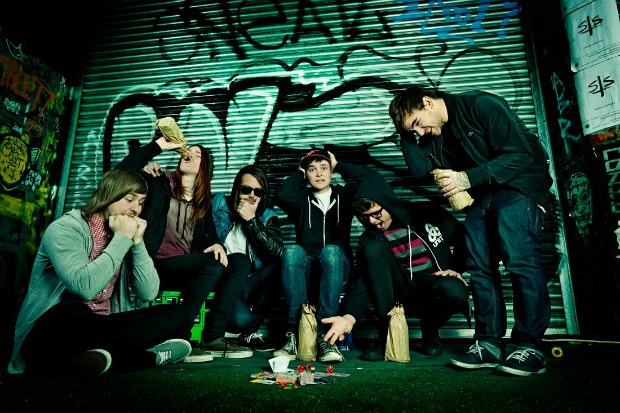 The Amity Affliction's drummer Ryan Burt was injured during their Portland, Oregon set on Warped Tour a few days ago.

He was hit in the eye with a piece of his drumstick and is being replaced by Chad Hasty from Glass Cloud. The band are expected to return to the tour in Pomona today.

The band released a statement about the incident last night:

“During The Amity Afflictions set at Warped Tour in Portland a few days ago, the bands drummer Ryan sustained an injury while performing. A piece of his drumstick chipped off going right into his cornea which caused a cut and required immediate eye surgery. The band did not perform at today's Warped Tour set in San Diego however they are expected to return in Pomona tomorrow. Chad from Glass Cloud will fill in behind the kit for the rest of the tour.”

We will be launching an Amity Affliction tour diary soon with more details.