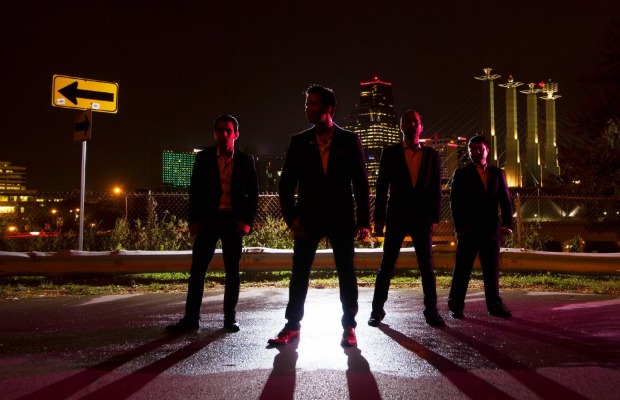 Kansas City's the Architects have launched an Indiegogo campaign for their upcoming album, Border Wars, which is to be released in a series of five episodes that will include both comics and music. Read more about their new effort and where the $10,000 they're asking for through their campaign will be going, below then scroll down to check out the project video.

Many of you will know us from our previous albums and touring with The Vans Warped Tour, Flogging Molly, My Chemical Romance and quite a few others. If you do know us, then you know it has been far too long since we released a proper album. You may also know that we’ve been working ourselves to death for more than a year to make that proper, new album happen.

Well, we contracted a severe (maybe chronic) case of ambition and the new album that we’ve spent so long slaving over is actually a concept album and comic book in five episodes.

There are, like I said, five episodes and each one consists of a six song CD packaged inside a full size, full color comic. New episodes would come out every few months until the entire story is told, or until the band and our illustrator drop dead of exhaustion.

“WHY ARE WE SUBJECTING OURSELVES TO SUCH TORTURE??”

It’s simple – we had a really fucking cool idea to create something that was more fun and engaging than a piece of plastic or a ringtone.

What We Need & What You Get

What we need is straightforward:

The sense of satisfied well-being that comes with knowing you are better at spotting cool ideas than anyone in the music business.
A selection of limited edition perks to choose from!
ALL CONTRIBUTORS GET THEIR NAMES PRINTED IN THE BACK OF THE EPISODE ONE COMIC BOOK AS WELL AS PERSONAL THANK YOU NOTES FROM US.

The Impact Of Your Contribution

The Architects are releasing Border Wars in five episodes but, we are only asking you to help us fund the production of the first episode. The reason for that being, that we plan on taking whatever money we make on sales of episode one and putting it towards the production of episode two…and so on. What we are essentially asking you to do is contribute to the startup fund for a project that will go on and become self-sustaining. The ability to go out and bring this album to life without having to get the approval of the “Director of Voicemail” or the “Executive Vice President of Global Thumbsucking” is something we really can’t hang a price tag on.

Other Ways You Can Help

Spread the word about this campaign!”