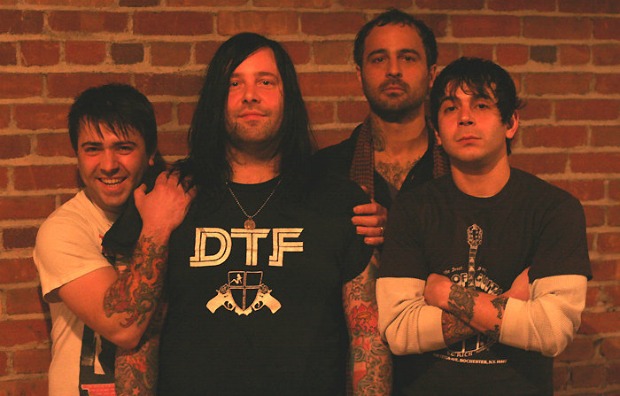 UPDATE: November 13 at 6:11 p.m. EST
The Architects have announced that they will release Live In Los Angeles tomorrow, November 14.

TOMORROW IS D-DAY! We open the floodgates and release our new LIVE ALBUM “Live in Los Angeles” mixed by Ray Toro… fb.me/23DkMBJrv

ORIGINAL POST: November 12 at 1:14 p.m. EST
Kansas City's The Architects have announced that they will release Live In Los Angeles “very soon” via  Skeleton Crew Records.

The live album was recorded while the band were on My Chemical Romance's 2011 World Contamination Tour. So, fittingly, My Chemical Romance guitarist Ray Toro lends a hand on the album, both on the production side–the album is mixed by him–and with the music, as his guitarmanship makes an appearance.