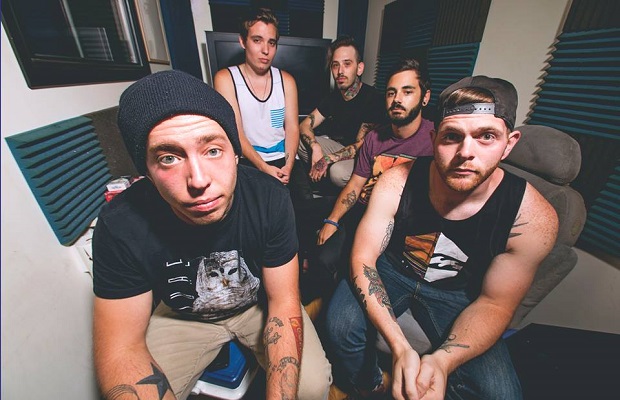 The Bad Chapter (photo: Corbin Alvae) have joined the InVogue Records roster with plans to enter the studio in September with producer Nick Ingram (Before Their Eyes, City Lights, Front Porch Step) to record their debut full-length album, due out this winter.

TBC features vocalist Phil Druyor of I Am Abomination and formerly of Attack Attack!/Nativ, along with members Rob Legree, Kevin Kerestes, Staig Flynn and Rob Sebastian.

Watch their signing video, where Druyor can be seen recording with a lit cigarette (don't try this at home, kids):

Stream their first single, “Deal With The Devil,” which was released in July on AltPress for free download: