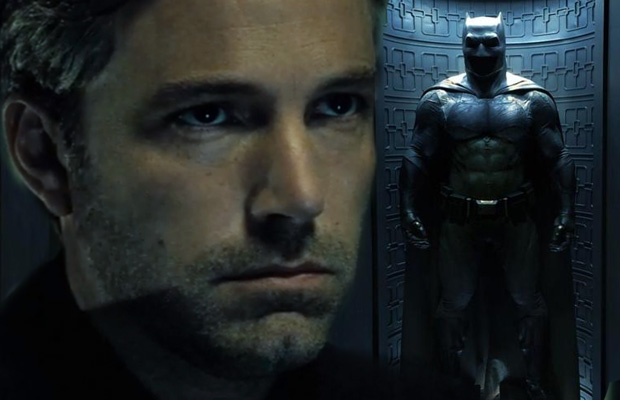 Batman v Superman: Dawn Of Justice was clobbered by critics but that doesn’t mean its Batfleck wasn’t loved by the people.

The Man Of Steel sequel served as a setup for a shared universe of DC Comics movies modeled after the success of the Marvel Cinematic Universe occupied by The Avengers. Batman v Superman introduced a number of characters from the Warner Bros. owned DC stable.

While the film was certainly filled with narrative problems, audiences and critics seemed to agree that Ben Affleck (Batman) and Gal Gadot (Wonder Woman) were great in their respective roles.

It's been widely assumed that the studio will make a new standalone Batman film, the first since Christian Bale finished his three-movie run as the Caped Crusader with The Dark Knight Rises. Reports first surfaced last summer that Affleck would cowrite, direct and star in a standalone Batman film, but now there's official confirmation. During the studio’s panel at CinemaCon in Las Vegas on Tuesday, Warner CEO Kevin Tsujihara confirmed Batfleck will star in a brand new solo Batflick.

Affleck is not only an A-list movie star, but an A-list director as well (Argo won Best Picture in 2013 and both The Town and Gone Baby Gone were well-received). He shares a Best Original Screenplay Oscar with BFF Matt Damon for Good Will Hunting and was reportedly involved in shaping some of the story elements of BvS on the set.

The DC Extended Universe (or “DCEU”) officially began with the Superman reboot Man Of Steel, with Henry Cavill in the lead. The next film in the shared universe will be Suicide Squad, about a group of villains (including Jared Leto as The Joker) mostly from Batman’s rogue’s gallery. Affleck is set to make a costumed appearance, possibly in flashback. Gadot's Wonder Woman standalone film is set for June 2, 2017. All of the heroes will band together, Avengers style, in Justice League Part One, set for November 17, 2017.

Warner has announced a slate of DCEU films through 2020, including standalone stories for the rest of the heroes introduced in BvS: The Flash (Ezra Miller), Aquaman (Jason Momoa) and Cyborg (Ray Fisher).

Batman v Superman: Dawn Of Justice earned enough opening weekend to set new records and keep the DCEU moving, ’though it suffered a steep commercial decline on the heels of bad buzz and even worse reviews. It sits at just 28 percent on Rotten Tomatoes “Tomatometer,” which aggregates reviews from major film critics. By contrast, early entries in the Marvel Cinematic Universe were more well-received: The Incredible Hulk (67 percent), Iron Man 2 (72 percent), and Thor (77 percent) among them.

Will Affleck’s Batman film explore what happened to Robin, whose death at the hands of the Joker was hinted at in Batman v Superman? Whatever the storyline, here’s hoping Affleck’s considerable chops behind the camera will prevent him from having to endure another “Sad Affleck” style internet moment.