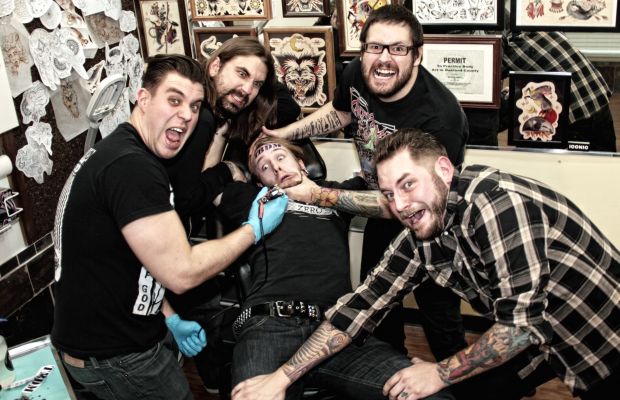 Detroit metal vets The Black Dahlia Murder will release their seventh full-length album, titled Abysmal, on September 18 through Metal Blade Records, and today we get another taste of what's to come with “Receipt.” The track, premiering today at Revolver, offers four minutes of the band's signature blackened death metal with shredding guitars, plenty of double bass and Trevor Strnad's intense vocal delivery.

You can stream “Receipt” below and pre-order Abysmal through iTunes or Metal Blade. You can also catch The Black Dahlia Murder this October as they headline the IndieMerch tour with support from Iron Reagan, Harms Way and Maruta. Those dates can be found below.