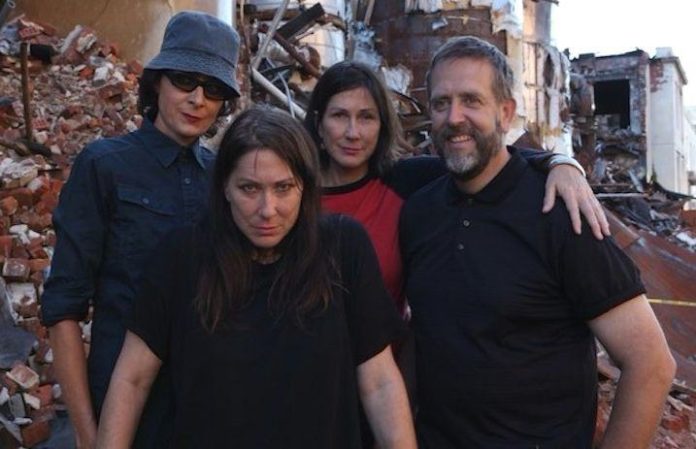 The Breeders, the widely influential band formed by bassist Kim Deal after the demise of alt-rock progenitors Pixies, have returned with their first new album in 10 years. The record, All Nerve, will be released by 4AD on March 2, and will feature the lineup that recorded one of the ’90s definitive alt-rock records, Last Splash; Deal, her sister Kelley (last seen in R. Ring), bassist Josephine Wiggs and drummer Jim Macpherson. All Nerve follows the band’s 2008 full-length release, Mountain Battles and a 2009 EP, Fate To Fatal. The album’s title track recently premiered, and you can hear it below.

READ MORE: “We were just getting along—we knew we had something special going on”—Pixies reflect on ‘Doolittle’

The Breeders’ contribution to underground rock cannot be underestimated. Their second album 1993’s Last Splash, mixed their patented coy vocal prowess with plenty of charged attitude and walls of guitars. With alternatingly jagged and melodic guitar work and well-dropped lyric lines like “If you’re so special, why aren’t you dead?” (“I Just Want To Get Along”), the band helped define the alt-rock zeitgeist. Their single “Cannonball” (whose video was directed by Sonic Youth’s Kim Gordon) has been cited in various music portals’ best-of-decade lists, and the 4AD label issued LSXX (aka Last Splash 20), a huge box set of the original album, b-sides, demo versions and live recordings in 2012.

“You gotta remember, in the late ’90s, people [who worked in studios] actually got mad when you played an instrument,” Kim told AP in 2002 prior to the release of the Last Splash follow-up LP, Title TK. “You did your work at a computer terminal. We’re not going to have some guy come down to the studio and program a beat.”

Check out the tracklist and album art for All Nerve below:

An American tour begins April 6 in Los Angeles. See a full list of dates below: