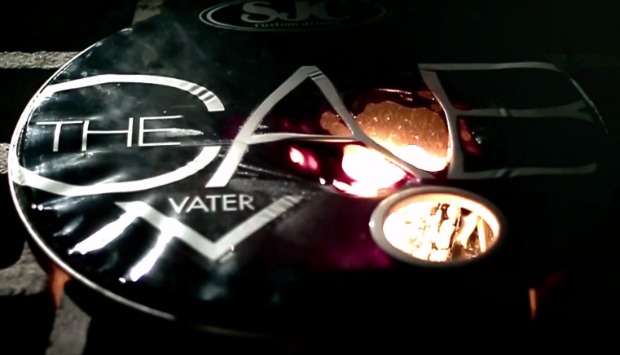 Former bassist/backing vocalist of the Cab Cash Colligan has released new music video for his rap song “Ashes,” a hip-hop remix and tribute to the Fall Out Boy song “My Songs Know What You Did In The Dark (Light Em Up).” The song, which looks to be a dis towards the Cab, was intentionally released at the same time as the Cab’s new EP, Lock Me Up.

In a similar style as the FOB video, Colligan’s music video shows him burning the Cab’s CD and pieces of their merch, like a hoodie. Watch the music video below, and let us know what you think.