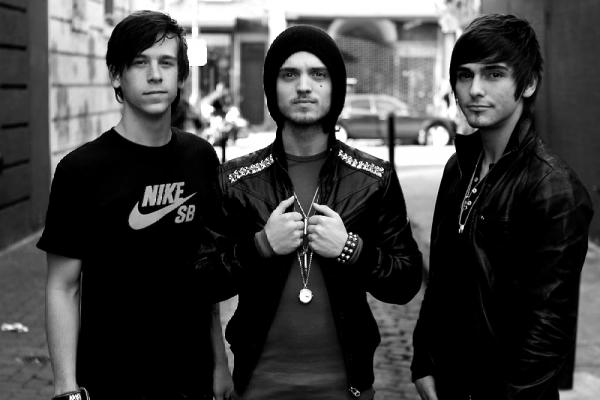 The Cab have parted ways with Fueled By Ramen and Decaydance Records. according to a statement on their website. The full text of the release:

Change. It’s a crazy thing. It happens to the best of us. It looks us in the eye, and drags us by our feet when we least expect it to. Change can be a scary place… but it can also be something necessary to build strength and to better your sense of pride in the world, and where you stand in it. That being said… after four incredible years, The Cab has parted ways with Fueled by Ramen and Decaydance Records.

FBR and its team of amazing people signed a young, green, group of high school kids out of Las Vegas, and believed in them when not many did. We know that without them, we would be in a far different place in our lives. We appreciate more than anything, the time, energy, and work that they put into the band while we were there. However, sometimes people grow apart. Like branches growing in different directions both trying to reach sunlight. No one did anything wrong, and no one is to blame. We did not just see eye to eye on The Cab, where it needed to go, and how it was going to get there.

The people that make it out of this world alive are the ones that can take a punch. Things happen. But you have to transfer the energy into something powerful and passionate. No one is a victim. Complaining and losing faith is a choice, and not an option that we will ever choose to take. We are not sad. We are not at loss. We are stronger than before. Since the departure, in little over a month, we have completed a record that we had been working on for three years. We can now put it in your hands, sooner than we had originally expected, the way we wanted to. The songs are the best we have ever written. We can now get back to doing what we do best. Being ourselves and giving you everything that we have, in the form of songs and performance. Success to us is making our fans happy, and writing songs that we truly back and believe in. We do what we do for ourselves, and our fans only. We cannot wait for you to see what we have in store for you.

Change is inevitable… but we will not be slowed down. We will not dwell on the past and the hardships. We will soldier on. We will conquer. It’s all we know how to do.

In addition, the band released a 90-second teaser for their forthcoming album, Symphony Soldier, which you can listen to here.