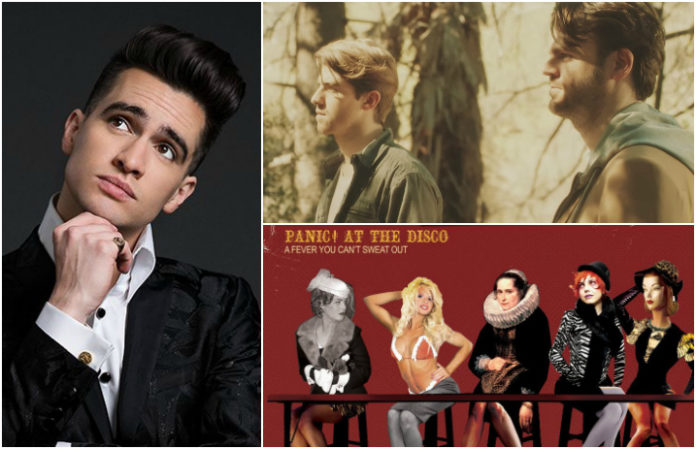 In what seems to be an unlikely combination, the Chainsmokers are covering Panic! At The Disco’s “I Write Sins Not Tragedies” on their current US tour.

See the footage for yourself below!

Read more: THIS is the Blink-182 song “beat to death in Tucson” by Halsey and the Chainsmokers

If we trace it back a bit, the Chainsmokers collabed with Halsey on their summer hit “Closer,” and Halsey happens to be a massive Panic! fan—even performing “I Write Sins Not Tragedies” with Brendon Urie last year at Coachella.

And, on the topic of “I Write Sins Not Tragedies” covers, one of our favorite is still Cassadee Pope’s epic lip-synching of the hit, with Urie making a special appearance, too.

Check out the footage from the Chainsmokers’ performance below:

While you’re at it, test your Panic! At The Disco knowledge—and jam “I Write Sins Not Tragedies” to get you in the mood:

What are your thoughts on the Chainsmokers' cover? Let us know in the comments below!