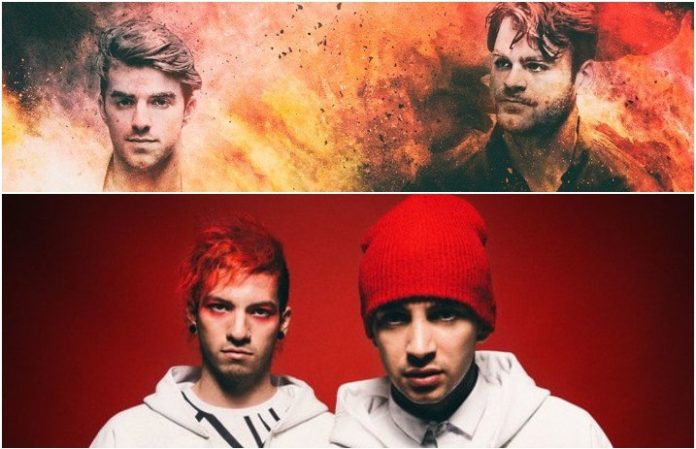 Do you think the new Chainsmokers song is ripping off Twenty One Pilots? The internet sure seems to think so.

Read more: Twenty One Pilots are the first to hit this RIAA achievement

The Chainsmokers released their new song “Everybody Hates Me,” which you can listen to below.

And the internet is freaking out—the same response many TØP fans had to the Chainsmokers' song “Sick Boy,” released earlier this year.

Even before “Everybody Hates Me” was released, the Chainsmokers teased a “heavydirtysoul”-esque photo in support of the track.

did you mean: twenty one pilots pic.twitter.com/c7DbcJsC5w

you could’ve watched/listened to it 3 years ago too! it’s called heavydirtysoul

yes, heavydirtysoul* is a twenty one pilots* song.

And after hearing the track, the internet has a strong response. Are the Chainsmokers intentionally trying to rip off Twenty One Pilots?

Why did the chainsmokers turn into a twenty one pilots tribute band?

So do The Chainsmokers just want to be Twenty One Pilots?

The chainsmokers are the edm twenty one pilots

i’m quitting twenty one pilots and joining the chainsmokers

So we want to know: What do you think? Does “Everybody Hates Me” sound like it's ripping off Twenty One Pilots?

Sound off in the comments below.

Watch more: APMAs 2017 Most Dedicated Fan Base: TWENTY ONE PILOTS