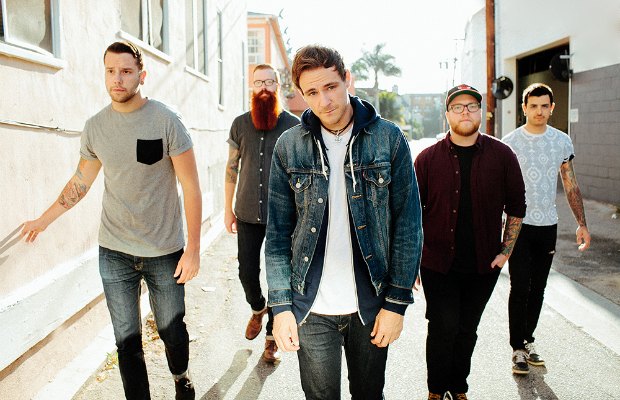 Former AP cover stars the Color Morale have released a studio video from Hold On Pain Ends, documenting the making of the album's final and title track. Their fourth LP is out on September 2, 2014 via Fearless Records and was produced by Mike Green (Paramore, Pierce The Veil, All Time Low). Chiodos' Craig Owens and We Came As Romans' Dave Stephens make guest appearances. Pre-orders are available now.

Just over a week ago we followed frontman Garret Rapp for APTV's A Day In The Life Of A Frontman. Follow the links below to check out two singles released from the album thus far.

1. Damnaged
2. Outer Demons
3. Prey For Me
4. Lifeline (Left To Write)
5. Scar Issue
6. Suicide;Stigma (feat. Dave Stephens of We Came As Romans)
7. The Ones Forgotten By The One Forgetting
8. Developing Negative (feat. Craig Owens of Chiodos)
9. Is Happiness A Mediocre Sin?
10. Between You And Eye
11. Throw Your Roses
12. Hold On Pain Ends