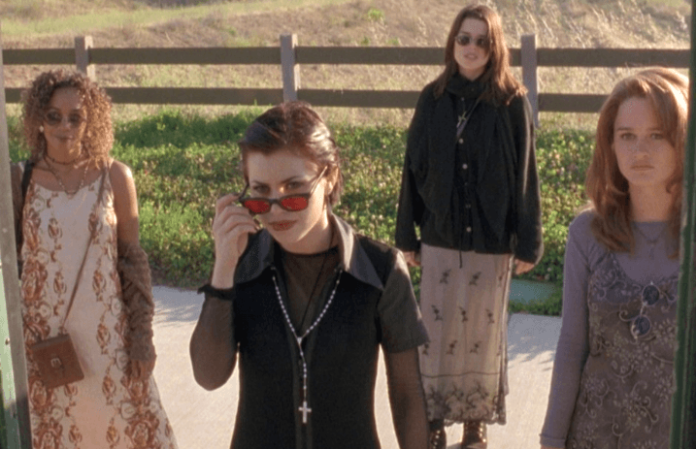 “We are the weirdos, mister.” Get excited: One of our favorite '90s teen witches is interested in reprising her role in a sequel to The Craft, and that's what our magic-loving hearts were dying to hear.

Read more: ‘The Craft’ remake coming more than 19 years after the original

Robin Tunney, who played Sarah in the original flick released back in 1996, said she'd be interested in reprising her role—as long as it's done right.

“I feel like if it came along and the script was good and I actually thought it was going to be something…I want them to find a great director. I think they've gone through a lot of writers. If it was something where I felt like they were going to do it well, and also find a way, because it's been so much time, you can't just do a sequel,” Tunney told ComicBook.com.

“I think on some level, it totally has to, in order to feel relevant, I think it should be maybe funnier or something.”

We'd be down for something funny. With the intense ending of the original over 20 years ago, what would Nancy be up to now? Now we're curious…

And luckily, Tunney would want it to be something original. Sadly, we've seen too many sequels fall flat, and she's only wanting to go back to revisit if the story felt relevant.

“I feel like in order to make it seem culturally relevant, they need to do something [new] and do it quite well. They just can't pick it up where it left off and it's all of our kids or something,” Tunney says.

“Generations of people have watched it. It's the idea of somebody just trying to monetize that and not caring if it's good or not would be sad. I would love to do it if I thought it was going to be cool. I'm so proud of the fact that I was in a movie that has been loved by so many generations of people and watched at so many sleepovers. It's an honor.”

Sarah, Nancy, Bonnie and Rochelle all back together? Our dark hearts would love to see 'em back in action—and see what they'd get up to now.