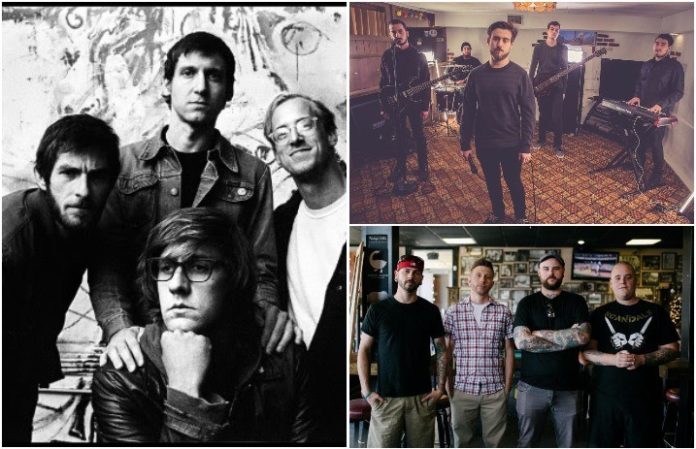 Watch new music videos from Rozwell Kid, This Curse and more—plus, don’t miss Chamberlain on tour. Check out the news you might have missed today below!

This Curse shared a music video, starring Lauren Kashan of Sharptooth, for their song “Trauma Bond.” The track is taken from the band’s upcoming album From the Darkest of Places, out April 13. You can pre-order your copy here. The band will also be hitting the road next month in support of their album with Call It Home. For a list of dates and to purchase tickets, you can go here.

2. Chamberlain are reuniting for their first tour in eight years

Evening's a reminder of the beauty of the end, and that the end might be the reason why we came. #mms20 #themoonmysaddle

Chamberlain are set to reunite later this year for the band’s first tour since 2010. The tour is in celebration of the 20th anniversary of their album the Moon My Saddle. A full list of dates are below, and you can purchase tickets tomorrow, March 30.

Rozwell Kid released a fan-made music video for their song “Boomerang.” The idea came about last fall when the band shared a brief 20-second clip of the song and asked for entries to finish the video, 60 submissions later and the video was born. The song is taken from the band’s latest album Precious Art, you can snag your copy of the album here.

Emo Nite have announced the first wave of guests for their Slam Dunk Festival South Pre-Party. During the pre-party, there will be DJ Sets by Creeper, Brian Macdonald (PVRIS), John Feldmann (Goldfinger), Grayscale with more things to be announced. The event is set to happen on May 25 and you can get your tickets here.

Undesirable People shared a music video for their song “I Saw A Dove.” The single is taken from the band’s forthcoming EP Ask Me If I Care, out 4/20. The EP will be self-released and you can check out the tracklisting below:

You could say that we’re pretty darn excited as well https://t.co/edGdghWrl4

Post-hardcore quintet LIMBS have announced their decision to sign a global deal with Australian label UNFD. Keep your eyes out for this band, as they are slated to release their debut full-length album later this year.

7. 7 Minute Martians shared a music video for “Smoked Out”

Cincinnati’s own 7 Minute Martians have released an new music video for their song “Smoked Out.” The track is taken from the band’s debut album Curious, and you can get your copy of it here.