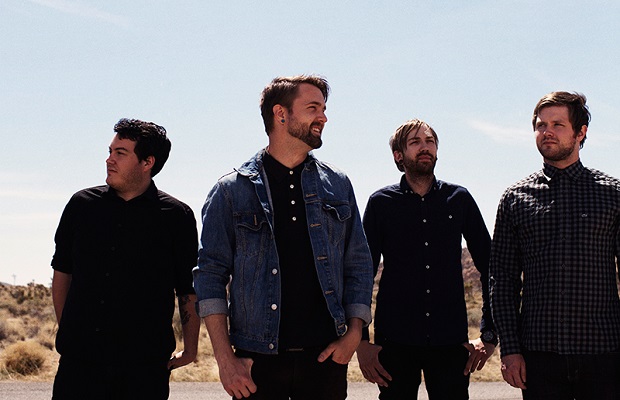 The Dangerous Summer frontman AJ Perdomo has quit the band, according to his statement released today.

I think it’s time to shed some light on my current situation with The Dangerous Summer. It’s hard to just sit here and let so many people live in the dark about what is going on.
6 months ago I made the decision to go home and be a father. Next month my daughter will be born, and I want to be there for her from the beginning. This is something that I’ve dreamt about my entire life, starting a family and raising kids of my own. I don’t want to miss this part of life. I know that I will never get a chance to live it again.

As far as the band goes, I originally wanted to do another album in time, and do some shows in the future. I wanted to carry on the name, and let the band just be stagnant while I spend time at home. It has come to the point where I can’t do that anymore. I’ve had a hard time sticking with Cody through this for a very long time, and there’s now a complete disconnect. I don’t have control over what the band does, says, or sells anymore; I don’t know what the future will be for them either. It has just become something that I need to personally disassociate myself from so that I can move on with my life.

I’m sad to let something go that has been such a blessing, and inspiration. Every one of you that came to the shows, sang along, and got tattoos of my words on your body; it is something that I’ll always carry with me. That was it for me, the Mecca of it all. You made me believe in myself and my abilities. You carried us to a place that we never imagined we could go. We started this band in high school, and did everything we set out to do plus some.

A serious thank you to everyone that has stuck by me through the thick and thin, you truly fulfill me. I love each and every one of you like a part of my family. You are the piece that I will miss the most through all of this.

As far as the future goes, I will always write and record music. I have these songs that are developing into something new already. I haven’t decided what to do as far as a band goes yet, but I assure you that you will be the first to know when it happens. I do hope that you will join me on my next musical journey.

I am not giving up on my dreams. I’ve lived my dreams, and I will continue to push their boundaries.

I will hold a Q&A tomorrow at 6pm PST on Twitter to answer anyones questions.”

In a follow-up interview, guitarist Cody Payne was asked the status of their future:

“Who knows. We’ve broken up about 10 times. Sometimes people just need to chill out. AJ is really stressed and has had 8 months to find a job with a baby coming next month, yet he’s done nothing to find one. Even I found one literally the next day because I wasn’t sure what would happen.”