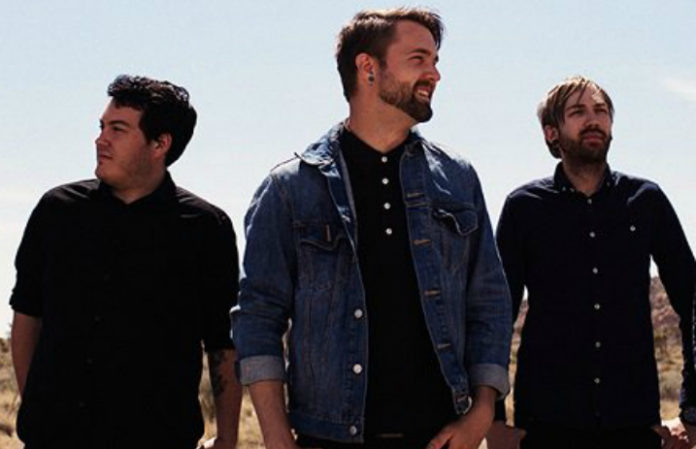 It’s official: The Dangerous Summer are back. The band have announced their reunion—and a promise for a new record in 2018.

“We heard our name echo throughout the world, and in some incredible places. We watched The Dangerous Summer live an entire life of its own without us,” their official statement reads. “We were looking in from the outside, and it really put everything into perspective; those songs we wrote over the years really held their meaning.”

Read their statement in full, and see where they'll be performing live this fall, below!

The band, which formed back in 2006 and formally broke up in 2014, have been teasing their comeback. After cryptically deleting all their tweets at the end of last week, they continued to tease their highly anticipated reunion in the best way possible.

And then there was the countdown to 7.10.17 on their re-launched Facebook page:

They released an official video today, announcing new music for 2018, plus new tour dates—and our hearts are full.

They issued a statement on Facebook, saying they have “come back to finish what we started.”

We have come back to finish what we started.

4 years ago, we played our final show in Australia. We didn’t know when we would see that stage again, when I came off stage I assumed that was it, The Dangerous Summer was over. I went off to be a father, and the other guys went in their own directions with music. We had talked about coming back together to write the next record when we felt the time was right, but we never made it to that point, it felt really far away. We fell apart before we could get back in that room together. It was hard on all of us to watch the band fall apart in front of our eyes, a band that helped us grow up and travel the world through these songs.

The years rolled on, and we heard our name echo throughout the world, and in some incredible places. We watched The Dangerous Summer live an entire life of its own without us. We were looking in from the outside, and it really put everything into perspective; those songs we wrote over the years really held their meaning. In February Matt, Ben and I considered playing some shows together again, to begin a new chapter. Once we started talking about the ideas, we realized that we really wanted to write a new record above anything else. We wanted to push the art forward, because we always believe in the music, above everything else.

That was the beginning of this new chapter. We didn’t even really consider the reality of the venture, we just truly wanted to make the next album. We had a couple of demos, and so I called up Eric at Hopeless Records to tell him about it. That is when everything picked up like a wildfire. We started heavily writing music again, and it felt like we didn’t skip a beat as a band. There was so much genuine love and support from all of the people around us. We picked up everything where we left off, but with more positivity than ever before. We re-signed with Hopeless Records over the summer, and here we are today. There will be a full length album in 2018, we enter the studio next we to begin recording our new full length. To mark the occasion, we are going to headline a very special comeback show this September in Baltimore, where it all began.

It's been announced that they'll be playing the Metro Gallery in Baltimore Sept. 9 and Four Chord music festival in Pittsburgh Sept. 10—and we can't wait to see them live again.

SURPRISE! The Dangerous Summer and Punchline have been added! Also Sleep On It, Homesafe, and more! Get your tix: https://t.co/lK2wEmhWdB pic.twitter.com/pYja1vlepC

And in celebration of the return of the band, Hopeless Records has reissued the bands' classic catalog on limited edition vinyl. Check those out here!

Prior to their breakup, the band released three full-length records: 2009’s Reach For The Sun, 2011’s War Paint and 2013’s Golden Record, along with 2011’s An Acoustic Performance Of Reach For The Sun.

Welcome back, the Dangerous Summer.

How excited are you for the Dangerous Summer’s return? Let us know in the comments below!