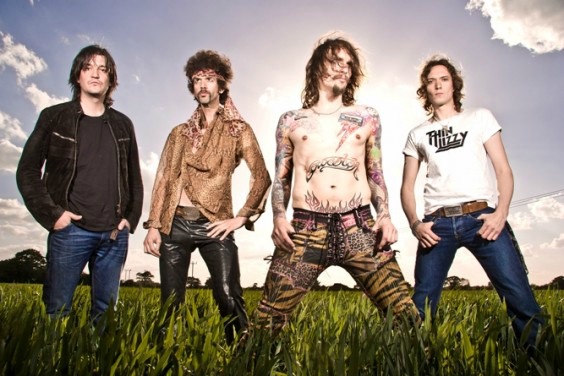 Reunited English rockers the Darkness will release their new album Hot Cakes on Aug. 21 via Wind-up in North and South America and PIAS in the rest of the world.

It'll be their first album in seven years, following up 2005's One Way Ticket To Hell And Back. They'll be headlining shows in the US and Australia this spring before opening for Lady Gaga on her summer European tour.