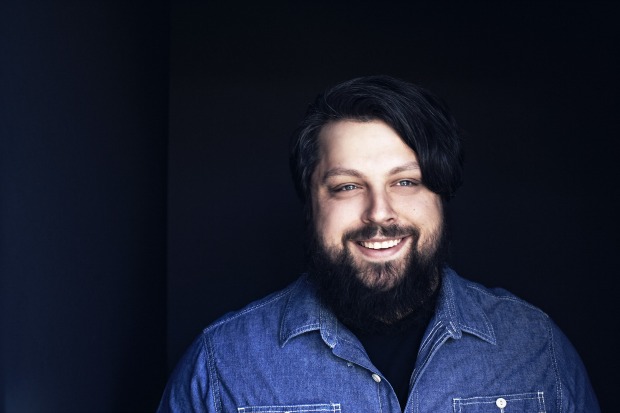 The Dear Hunter's frontman, Casey Crescenzo, is crowdfunding via Pledgemusic.com in an effort to record his first symphony in the Czech Republic. The recording will be with the Brno Philharmonic Orchestra this fall. According to the press release, Incentives for those who support the project range from autographed score books and a limited edition double gatefold vinyl release of the symphony, to the opportunity to join Crescenzo in the Czech Republic for the recording, or have him hand-deliver the vinyl release and score book to their home and perform a private concert.

Crescenzo released a statement about the campaign saying that he has always been passionate about symphonic music. Read it below:

“To be honest,” Crescenzo says, “I don't fully know what it is that I hope to accomplish with this. I just know that its something I feel passionate about completing. That feeling has been my guiding factor in the past, so I HAVE to trust it. It will seriously be a dream come true if this campaign is successful, and if the music is actually recorded.”

Similar to this endevor, his record, The Color Spectrum, a series of nine EPs each named for and thematically oriented to one of the colors of the rainbow (plus black and white). Earlier this year, the band released The Color Spectrum Live DVD, featuring a performance of all 36 songs from the series, accompanied by a string quartet. While Crescenzo is not new to doing things out of the ordinary when it comes to recording, the monetary goal for this album has already reached 65% of it's goal within the first day. Crescenzo posted a video explaining to fans this new project, check it out below:

The Dear Hunter are currently on tour as well. See if they're going to be in a city near you below: