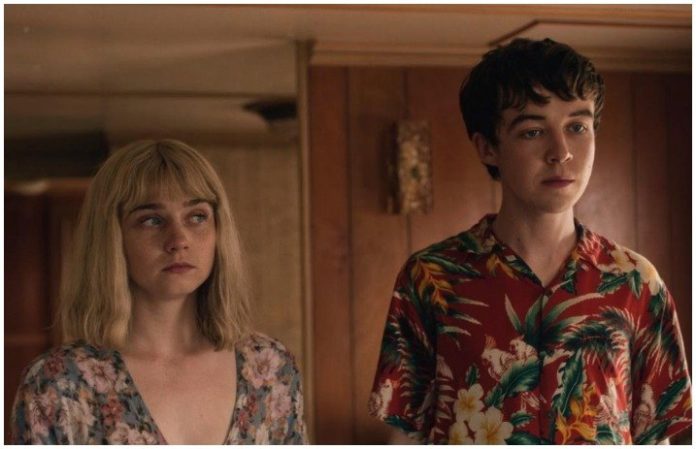 There's nothing better than staying in and binge-watching another new show on Netflix. Thankfully, the streaming service keeps supplying some pretty fantastic hits and the most recent, The End Of The F***ing World, is shaping up to be the go-to show to watch in January.

The dark comedy follows two teens, James and Alyssa, who form a connection and go on an unforgettable road trip across the UK in search of Alyssa's real father. While the premise of the show may not sound like something binge-worthy, the added fact that James is a psychopath poses some pretty interesting problems for the two.

the end of the f***ing world on netflix is actually really fucking amazing. the cinematography and soundtrack are beautiful and the character development is done so well. i just finished it but i want to rewatch it all over again.

“The End of the F***ing World” will be the end of my f***ing world. #TheEndofTheFxxxingWorld
How do I articulate how enthralled I am?

The End of the F***ing World is such a good show BUT HOW ARE THEY GUNNA END IT LIKE THAT.

Luckily for the sanity of the Twitter-verse, it looks like there’s a very real possibility that this show is going to get picked up for a second season.

As NME reports, actor Alex Lawther (James in the show) recently spoke to JÓN magazine about the possibility of the show getting picked up for a second season. According to Lawther, while the show stopped right where the comic book by Charles Forsman ends, he feels that there is a chance that the show could still continue with the help of the show's writer Charlie Covell.

“It would give [Covell] a chance to explore something from her imagination,” he added. “I would be very excited about [that] because I think she’s brilliant. So we’ll see, basically.”

While we don’t have a definite answer as to whether or not the show will be picked up for a second season, we'll be sure to keep our eyes peeled for further news on the show.