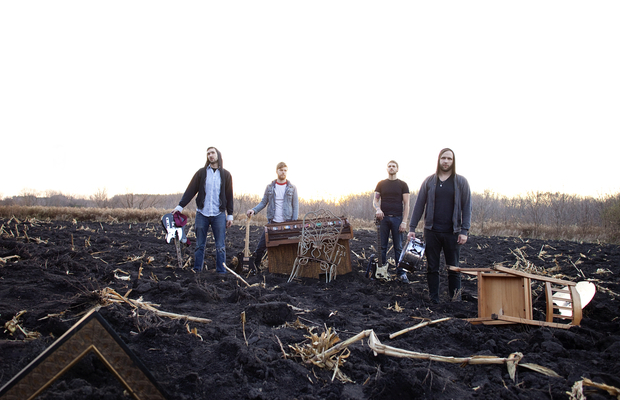 Progressive post-hardcore quartet the Felix Culpa have broken up. The band's statement reads:

“Eight years ago we decided to be a band. Tonight we decided to stop. Whether you have been with us since the Divine Cup days in Rockford, IL or you heard us for the first time tonight, thank you. With every ounce of our four hearts, thank you. You have been the reason we were The Felix Culpa and each one of you were with us all along. For those of us in this band, it has been a life changing experience that profoundly shaped who we are as people, but seasons change and songs end. Now, we humbly ask you to be with us one last time as we celebrate the music, friendship and memories that were made along the way in a final performance in Chicago. We'll let you know the details as soon as they are available. Until then, chin up. No tears. Only from endings can new beginnings be born.”

The band promise a final show which will take place later this year in Chicago; details TBA. Their most recent album was 2010's Sever Your Roots, which was re-released earlier this year by No Sleep Records.