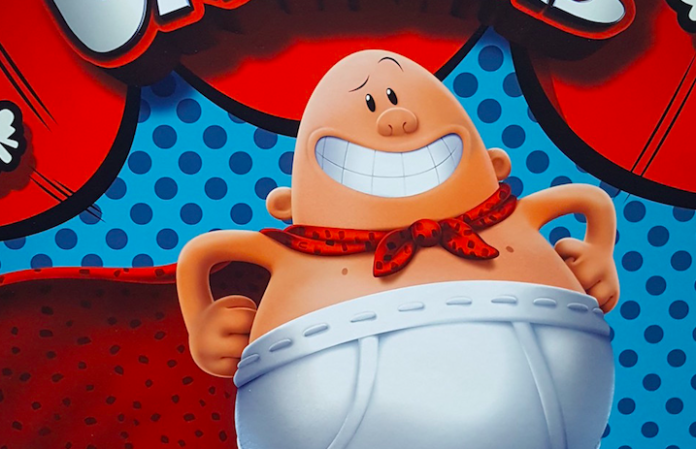 For about a year now, the only teasing we got regarding the highly anticipated Captain Underpants: The First Epic Movie was the reveal of the movie poster, however the first trailer has finally been released and now we're really counting the days until June 2!

Based off of Dav Pilkey's children's novel, Captain Underpants will star Kevin Hart, Ed Helms and Thomas Middletich, along with Kelly Osbourne, Jordan Peele and Nick Kroll, says I4U News. Since 1997, the novel has sold over 50 million copies in the States.

The trailer shows George and Harold, voiced by Kevin Hart and Thomas Middleditch, getting in trouble for their various pranks they've organized before hypnotizing their principal Mr. Krupp, voiced by Ed Helms, and turning him into Captain Underpants.

The rest of the trailer shows all the trouble Captain Underpants gets himself into including punching a mime in a face, making an elevator full of people uncomfortable by standing there in his tighty-whitey's and even trying to wrestle a giant inflatable purple gorilla.

Captain Underpants: The First Epic Movie will be released on June 2 in RealD 3D and Digital 3D.

Check out the first trailer below and tell us what you thought!