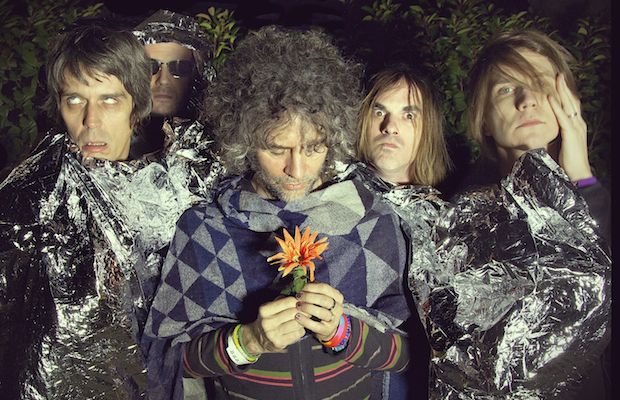 While it was announced several months back, new details have emerged surrounding The Flaming Lips' forthcoming track-for-track tribute to The Beatles' classic, Sgt. Pepper's Lonely Hearts Club Band, titled With A Little Help From My Fwends, including its full tracklisting and artist collaborations, featuring acts such as Tegan And Sara, Dinosaur Jr.'s J Mascis, Tool and A Perfect Circle's MJ Keenan and his new band Puscifer, Miley Cyrus, and more.

With A Little Help From My Fwends will arrive Oct. 28 via Warner Bros.

The Lips previously released a Pink Floyd tribute, in 2009, called The Flaming Lips And Stardeath And White Dwarfs With Henry Rollins And Peaches Doing The Dark Side of the Moon, and released a general collaboration album, The Flaming Lips And Heady Fwends, in 2012. The group's 13th full-length, The Terror, was released in the spring of 2013.

Check out With A Little Help From My Fwends' cover art, tracklist, and collaboration notes, below.

So far, two singles have emerged: Miley Cyrus and Moby collaboration “Lucy In The Sky With Diamonds,” and Electric Wurms' (The Lips' new side project with Nashville band Linear Downfall) “Fixing A Hole.” Listen to both below:

The Flaming Lips, Miley Cyrus, and Moby – “Lucy In The Sky With Diamonds”

With A Little Help From My Fwends is available to pre-order here, and all sales will go to The Bella Foundation, an Oklahoma City non-profit which assists low-income, elderly, or terminally ill pet owners with the cost of veterinary care.

Here's where you can catch The Flaming Lips on the road for the remainder of 2014: