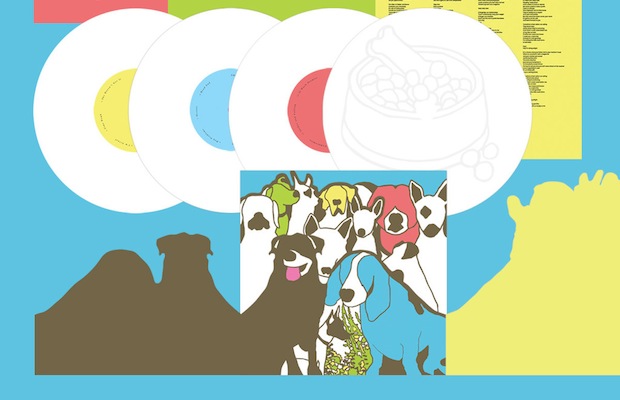 The Format have officially confirmed earlier hints of not only a deluxe vinyl reissue of their debut album, Interventions + Lullabies, which was released ten years ago today, but also a vinyl reissue of their second and final full-length, Dog Problems. Additionally, the group's single “Swans” will be reissued as a die-cut 7-inch.

All reissues are expected to ship on or around Jan. 4, and are available for pre-order individually or as an “Ultimate Bundle” through Hello Merch.

Here's a preview of all items:

Comprised of fun.'s Nate Ruess and Destry's Sam Means, The Format went on indefinite hiatus in 2008. Though both Means and Ruess have been active with their respective new projects in the years since, we noted earlier that both artists have open schedules for the next several months, should they announce any reunion shows to accompany these reissues. At this time, no further plans have been indicated.

Are you excited about The Format reissues? Would you like to see reunion shows as well? Let us know in the comments!