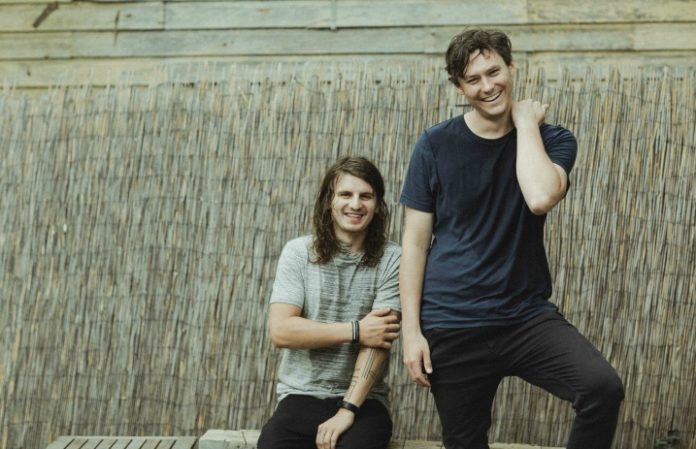 In addition to their new song, the band announced their new album, Going Grey, set to be released Oct. 13. Plus, they released a music video for “Raining”—and announced a tour with Basement and Bad Bad Hats. Check out the full list of cities and dates below!

General public on sale for their fall tour will be available Friday, Aug. 25 at 12 p.m. local here. Not to mention, all tickets purchased online will receive an instant download of Going Grey upon its Oct. 13 release.

The Front Bottoms are back, and their newest single, “Raining,” is sure to be playing throughout your head for the rest of the day.

Read more: 11 acoustic sessions you have to watch right now

The band released their last album, Back On Top, back in 2015, and when we talked to frontman Brian Sella for our Most Anticipated feature at the end of last year, he explained that their forthcoming record will likely feel more like their self-titled, which was a big part of their artistic development.

“On the last album, we did it real rock-star style. We went out to California, we worked with a big time producer, we took a long time to do it, and that was an interesting approach but we probably are not going to approach it that way again,” Sella explained.

“I think we’re going to try and do it more by ourselves, like with me and Matt [Uychich] producing it… That’ll be different, the whole approach of it. We just like to experiment. We’re artists and we think of these albums as art projects. It’s all-inclusive—you have the artwork, you got the name of the songs, the name of the album, you got the music—it’s like one giant art project. The way that it works itself out is a mystery, and that’s what we’re trying to find.”

Listen to “Raining” below:

The band started teasing the single last week, and after hearing the track, we’re even more excited about their new album.

What are your thoughts on the Front Bottom’s new song? Let us know in the comments below!