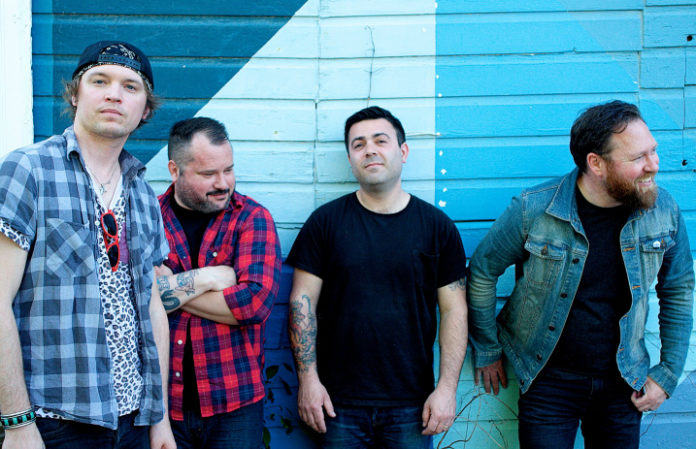 The Kansas City-area has gifted us with the Get Up Kids, the Anniversary and the Architects, and members from these bands have teamed up for a new project, Radar State, and released their debut single “Spinning Wheel” on BrooklynVegan.

Read more: Taste Of Tuesday: The Get Up Kids busted out of the emo pigeonhole

Radar State features the Anniversary’s Josh Berwanger, the Get Up Kids’ Matt Pryor and Jim Suptic, and the Architects' Adam Phillips. As Suptic explains, this is the song that best represents what they’re trying to create with their new project.

​“‘Spinning Wheel’ was the first song I brought to the band. I think it’s a good representation of what we are trying to be,” Suptic, who sings on this track, tells BrooklynVegan. “It was written very quickly, practiced just a few times, and then recorded. Keeping that sort of spontaneity is really important to us.

“This band is about getting back to a time when there was no pressure involved in making music. Just friends, having a beer or two, hanging out in the garage, and making music that is really fun to play. That’s the genesis of this band. We all grew up in the punk scene in Kansas City and wanted to make fast rock n’ roll songs and not give a shit!​”

Radar State’s self-titled EP is available for preorder now, and give “Spinning Wheel” a listen below!

What are your thoughts on Spinning Wheel’s new single? Let us know in the comments below!