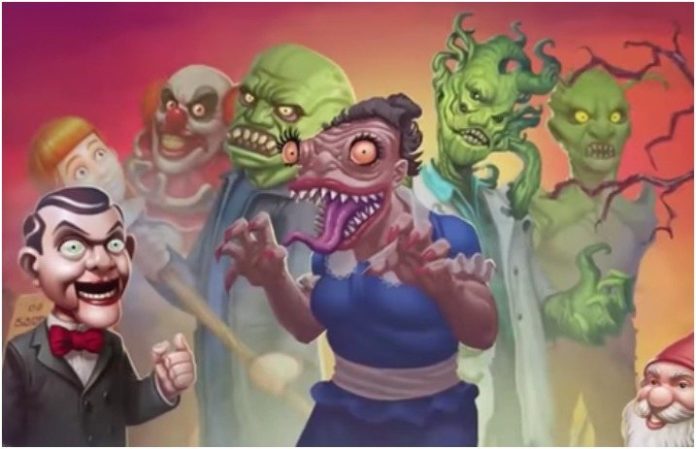 Game players beware, you’re in for a scare!

With with announcement of the forthcoming Goosebumps 2 movie coming out, there’s another thing for R.L. Stine fans to get excited about. Announced today, pre-registration for Goosebumps: HorrorTown, a character-driven simulation game, is now available.

The game is set to take players through HorrorTown to manage a town full of some of Stine’s most iconic monsters. Per the game’s press release, the game will feature over 50 monsters including Slappy the ventriloquist dummy, the Mummy, Lawn Gnomes and more.

Of course, being in the scary world of R.L. Stine’s monsters isn’t the only cool thing about this game.

The game works by allowing players to play the game in a dual mode. Per the report, players can either assemble their own assortment of creatures to terrify the frightened townspeople, or they can play as humans defending themselves from the monsters. Either way, you'll be sure to be in for a scare.

Goosebumps: HorrorTown is scheduled to launch May 30. To pre-register for the game and to download the app on the App Store and Google Play, you can visit the game's site here.

Watch a preview to the game below:

In addition to the game, a new Goosebumps movie is also slated to hit theaters. Originally titled Slappy Halloween, Sony changed their minds on the title and the family-friend horror flick will now be titled Goosebumps: Haunted Halloween.

While the name changed, the premise of the film still appears to revolve around one of Stine's creepy stories, and this time, it’s expected to feature one of Stine's most terrifying villains: Slappy, the evil ventriloquist’s dummy.

We also know that the show is set to star Peyton Wich, who played one of the bullies in the first season of Stranger Things. Wich will also be joining Jeremy Ray Taylor (Ben Hanscom in Stephen King's It), Madison Iseman, Ben O’Brien and Caleel Harris in the upcoming flick. Jack Black will also be coming back to reprise his as R.L. Stine from the 2015 film.

There's still no official word on when the film will be hitting theaters, but as ComicBook.com reported, the release date was recently set to Oct. 12, a date that doesn't seem likely anymore, considering filming started earlier in March.

Even though it looks like we'll have to wait for the movies to hit theaters, we're pretty excited, and slightly terrified, for the new faces and creepy characters we're sure we'll see in Goosebumps: Haunted Halloween.