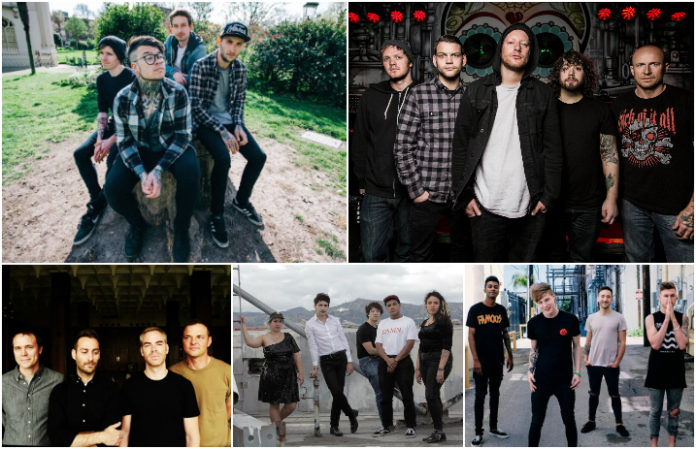 The Gospel Youth, Comeback Kid, and American Football drop new videos, Downtown Boys share a new song via Adult Swim, and Makeout sign to Rise Records. Check out some of the news you might have missed today below.

Read more: Hear a massive new song from the Foo Fighters and other news you might have missed today

The Gospel Youth go for broke

The Gospel Youth let off an emotional, inspiring new video for “Your Love Was A Cancer”—check it out. The track is from their upcoming full-length album Always Lose, out this Friday, July 14, from Rise Records/Velocity Records.

The message of “Your Love Was A Cancer”? “There's always light after the darkness,” explains frontman Sam Little. “Music for us has always given us hope and shown us how you're never alone in what you're going through.”

Comeback Kid have unleashed a second new song from their forthcoming album: Peep the video for “Somewhere, Somehow” above. The band's Outsider is expected on September 8 from Nuclear Blast Records. (via Lambgoat)

Read more: From gross to just plain shady, musicians reflect on the best and worst jobs they've ever had

Mike Kinsella's emo forefathers American Football have premiered a new video for their tune “Home Is Where The Haunt Is” over at The Fader. The song is from their self-titled 2016 LP, which is the band's first new album in 17 years.

Read more: The 12 biggest moments of the emo revival

Rhode Island rockers Downtown Boys have teamed up with the Adult Swim Singles Program to share a new cut, “Lips That Bite.” The group's third album Cost Of Living is fixin' to hit on August 11 via Sub Pop Records, so get hip.

Makeout (also from Rhode Island) just announced their signing to Rise Records—the pop-punk quartet will release The Good Life on September 29. Get to know the band a bit better by watching the video for “Crazy,” above.

Jesus Piece on the come up

Up-and-coming Philly hardcore titans Jesus Piece have signed to Southern Lord Records—the band will roll out their debut album next year via the inimitable heavy metal imprint. Check out a sweltering live set from the Piece above.

Read more: 10 classic hardcore bands you need to get into now

Florida post-metalcore act Phantoms drop their new EP Screaming On The Inside on August 11 via Outerloop Records. Check out the new music video for “There Were Once Birds That Sang” right now and pre-order the EP here.

Check out Lo Tom (the indie-rock amalgam of David Bazan, TW Walsh and Starflyer 59) and their debut album over at Stereogum—it comes out on July 14 via Barsuk. The band will also hit the road for a few shows; see below.

The Flatliners hit the concrete

The Flatliners have announced a run of West Coast shows with the Smith Street Band leading up to their August appearance at the It's Not Dead Festival in San Bernardino, California. Check out the list of cities and dates below.