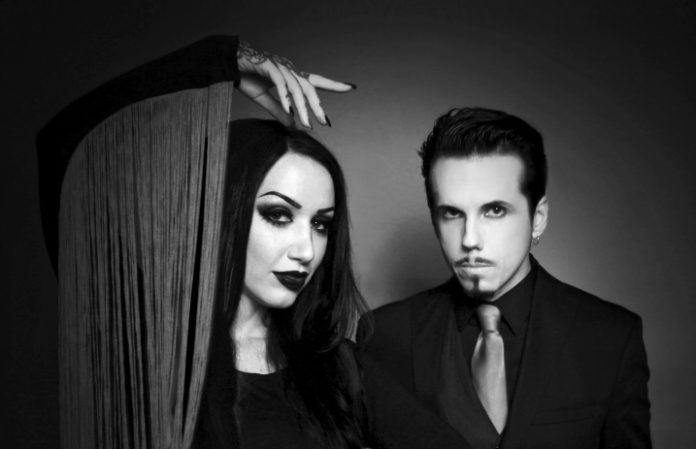 What happens when the Haxans (Ash Costello and Matt Montgomery aka Piggy-D) cover Misfits? It makes you want an entire album of them making music together which is what we'll soon be getting from the Haxans.

Check out more details about the Haxans and when their debut album will be hitting stores and hearts everywhere!

The Haxans cover of Misfits' “Vampira” is definitely a binge-worthy track that you're going to want to listen to over and over again.

“We wanted to record some songs that we liked that showed our DNA. Not just as musicians, but as people. This song is special to me having known Vampira before her passing. It's a tribute in a way to a friend, but also shows what side of the street we come from,” said Montgomery.

The two released their debut EP, Three Hits From Hell, in October which you can stream here. In a love of all things creepy, their debut album Party Monsters will be hitting stores on Oct. 13, which is also Friday the 13th, which proves that this record was just meant to be.

“This record is a party for everyone else like us. The cover, the song titles, the energy and the colors of this record are going to pull together an amazing cross section of people. It's just everything we like and celebrate everyday, but amped up to 11!  It's got 'a kids jumping on the bed while the parents are out of the room feeling' to it to me, which is kind of what this record was for us.”

While you can't preorder the new album just yet, you can buy plenty of other merch including a t-shirt featuring the debut album's title. Check out the cool Haxans merch here!

Listen to the Haxans cover “Vampira” below and tell us what you think!