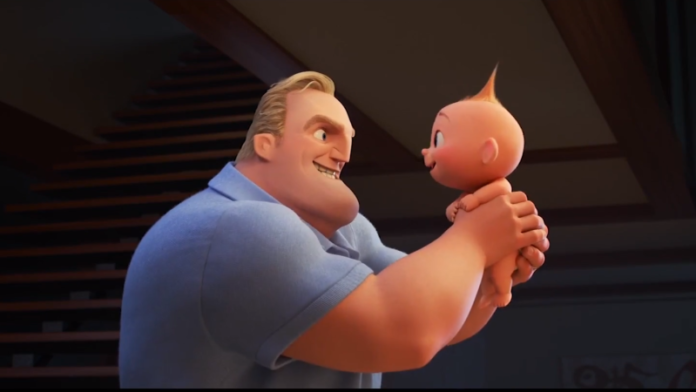 The wait is over. Disney has finally released a teaser trailer for The Incredibles 2, which we've only been waiting for since the conclusion of the first movie back in November 2004. It's here, it's here! And now we only have to wait until summer 2018 to see the movie.

The trailer is a pretty short clip, focusing on the baby of the family, Jack-Jack, as he toddles toward the Incredibles logo with laser eyes, destroying everything in his wake and clapping his little hands before carving the “I” into the logo.

Mr. Incredible lifts little Jack-Jack up exclaiming “You…have…powers! Yeah, baby!” before the little fireball accidentally burns a small tunnel through Dad's hair. It's impossibly cute, and a great tease for what will inevitably be a full trailer in the coming months, especially since we get a jump cut to “Summer 2018.” That's so far away from now, but given that it's been an entire decade since we last heard from the super-powered family, a few months probably isn't going to hurt anyone.

Are you excited to see The Incredibles 2? Let us know in the comments below!