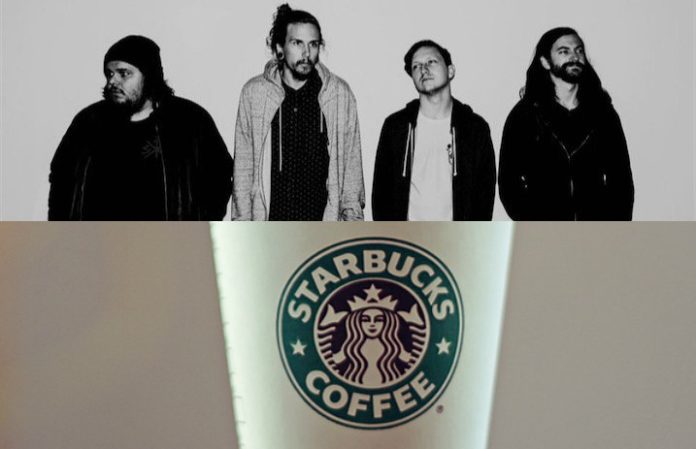 Starbucks recently rolled out their new Cascara Latte, and the topping on the latte looks eerily similar to the logo of Silent Planet—a metalcore band.

Fans of the band took to Twitter to joke about the resemblance and the band's singer, Garrett Russell, took notice.

I've probably had 30 people text or tweet me with the new Starbucks latte that looks like our logo. Haha I love it
Thanks for thinking of us

Read more: Starbucks’ new Halloween frappuccino will remind you of My Chemical Romance

Check out the side-by-side comparison and let us know if you agree.

Silent Planet are headed out on tour starting Feb. 9 in Sacramento, CA and wrapping up March 10 in Anaheim, CA. You can grab tickets here.