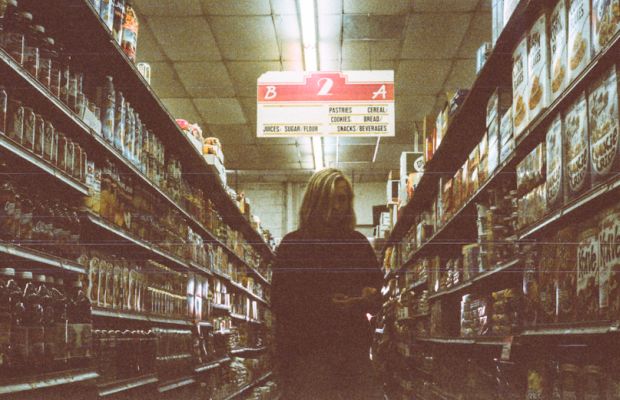 Amanda Bain, known in the music world with her quickly-budding career as the Japanese House, is a mostly elusive pop entity who's sparking a lot of interest all the way from her homebase in London to here in The States. It all started with her debut EP from earlier this year, Pools To Bathe In. Bringing to mind an elegant and gentle mix of Copeland, Lydia and Imogen Heap, the Japanese House soothes the soul with beautiful, slow-burn melodies, unique compositional structures and an often heavily vocoded vocal delivery.

Now, Bain has announced a second EP to drop this year and its lead single and title track, “Clean,” is every bit as gorgeous and relaxing as anything found on her debut. Much like Pools To Bathe In, Clean will feature four tracks and was co-produced by Bain herself with the 1975 members George Daniel and Matthew Healy. Their influence can undoubtedly be found in Bain's creations, but not enough to overtake her own original brand that will likely be unmistakable as her popularity rises.

Of the new track, Bain tells The FADER, where it premiered, “'Clean' is an apology to a friend. It's about the clean light a good person can shed on you once they forgive you, ridding you of your guilt and making you feel like a good person too.”

You can stream the Japanese House's newest output via music video below and pre-order Clean on iTunes to receive an instant download of its title track. Pre-orders are also available for a limited edition 12-inch vinyl pressing. The album will be released on November 6 through Dirty Hit.