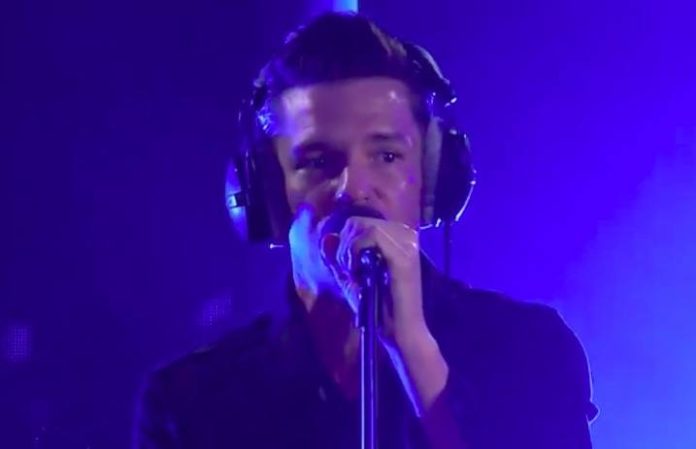 The Killers performed on Radio 1 Live Lounge this morning and covered David Bowie! As well as the obvious hits, “Mr. Brightside” and “The Man.” Check out the performance in its entireity below!

The Killers performed a hit song “The Man” off their upcoming album Wonderful Wonderful, before launching into an amazing cover of David Bowie's “Fame.” And, like practically every Emo Night DJ set, they closed out with the classic “Mr. Brightside.” Watch the full performance below!

The Killers have a new album out on September 22, Wonderful Wonderful. It was produced by Jacknife Lee who's worked with a variety of artists in the past including U2, Weezer, R.E.M. and All Time Low. Flowers, along with drummer Ronnie Vannucci Jr., spoke highly of the producer who helped the band discover what kind of sound they wanted to create in their fifth album.

“We've worked with other people who might be better in their little corner of expertise or something like that, but as far as a broad strokes, holistic approach, it felt like he sort of understood the band and what we needed to achieve in making this record,” said Vannucci.

Flowers says the album will be reminiscent of the classic Sam's Town, saying “I realized how cohesive an idea [Sam’s Town] was. That reminded us that we really want to make a record here, not just slap a bunch of songs together… I think we’ve done it again on this album.”

We can't wait for the album release, can you? Sound off in the comments below!