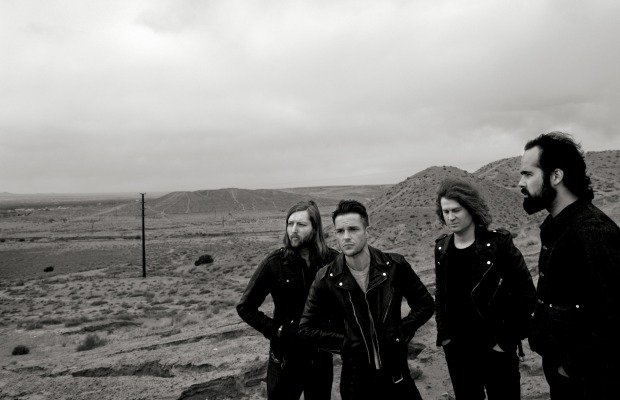 Good news for fans of the iconic Killers album Sam's Town because in an interview with Entertainment Weekly, frontman Brandon Flowers said that the new album will be “the closest thing we’ve done to Sam’s Town.”

The long awaited follow up to Battle Born has taken five years, but there's finally a tentative end in sight, as Wonderful Wonderful is scheduled to be realeased in September.

In the interview, Flowers reminisced about the 10 year anniversary shows the band played for Sam's Town last fall. “Playing those gigs, I realized how cohesive an idea [Sam’s Town] was. That reminded us that we really want to make a record here, not just slap a bunch of songs together… I think we’ve done it again on this album.”

Flowers and drummer Ronnie Vannucci also gave some hints about a few songs on the album in the interview.

“Run For Cover” is a song that has been on the band's backburner for nine years and will finally see the light of day after significant updates and yearly nagging from Flowers' brother, who sends him the song every year. “He loves it. It’s just a gentle reminder that this song exists, and he wants it to be heard,” Flowers says.

“Life To Come” was created in part with superstar producer Ryan Tedder, who usually works with the likes of Beyoncé and Adele. Flowers commented: “We were obviously familiar with some of the bigger stuff that [Tedder] has done, but there’s a song he did with U2 on Songs of Innocence called “Every Breaking Wave” that, to me, was the best song on that record. That was one of the reasons we reached out to Ryan.”

“Wonderful Wonderful” has “some of the coolest production on the record,” according to Flowers. The band worked with producer Jacknife Lee, whose studio, according to Vannucci, “looked like a kid’s playroom with Legos everywhere, except instead of Legos it was pedals and wires and a lot of experimentation.”

“The Man,” Wonderful Wonderful's lead single, is a response to the softer songs that will appear on the record, explains Flowers. “Those songs came and it was like, ‘These are more tender or contemplative than we’ve ever been, how did we get to this point? Reflecting on that was where ‘The Man’ came from.”

Wonderful Wonderful is shaping up to be one of the best albums of the year. Do you think it will be worth the five year wait? We do! Sound off in the comments below!