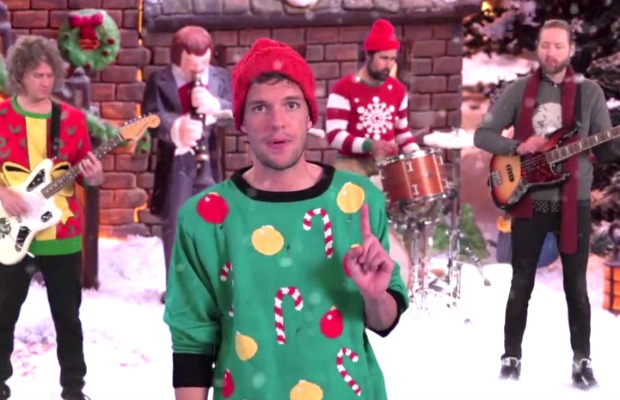 The holiday season is upon us, and the Killers are back with another Christmas single! Every year since 2006, Brandon Flowers & Co. have released a new Christmas song and donated all proceeds to the AIDS charity (RED). This year, the band teamed up with Jimmy Kimmel to debut “Joel, The Lump Of Coal.” Check it out below, and let us know your thoughts.

The Killers’ last album was 2012’s Battle Born, which was released on Island Records.