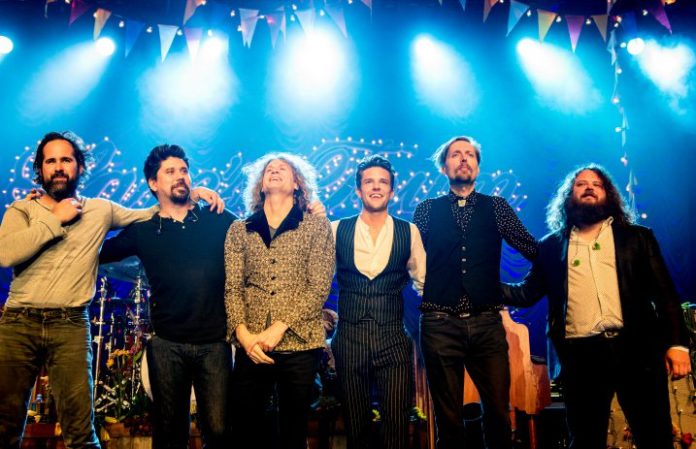 The Killers are releasing a limited edition vinyl reissue of Sam's Town on October 7, along with an unheard demo of “Peace of Mind”, celebrating the ten year anniversary of the album.

The new double LP is limited to only 5,016 copies and includes a ten year anniversary gatefold book along with the record. Sam's Town featured the singles “When You Were Young” and “Read My Mind” and spent 42 weeks on the Billboard 200.

An event completely themed around the band and this album, the Killers recently took over Sam's Town Hotel and Gambling Hall to further celebrate the anniversary and to raise money for charity (check out photos and a quote from drummer Ronnie Vannucci here).

The never-before-released demo of “Peace of Mind” is currently for sale on iTunes and is streaming on Spotify. Listen below!

What did you think of the demo? Let us know in the comments!