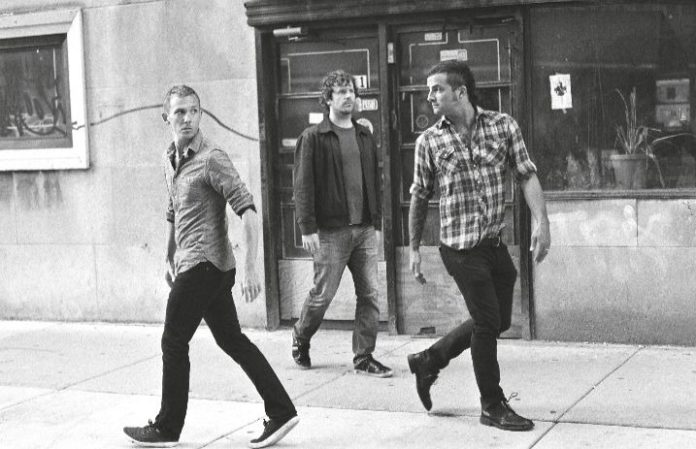 In honor of their 19 years as a band, the Lawrence Arms have announced a career-spanning album We Are The Champions Of The World, a 29-song best-of album that chronicles the band’s steady evolution over the past two decades, set to be released March 30.

The tracklist was handpicked by the band—and is not a greatest hits album.

“I think you have to have hits to make a greatest hits,” Kelly says. “So we approached the song selection in an attempt to be indicative of our evolution, rather than focus on our 'hits,' of which, frankly, there are none.”

Instead, We Are The Champions Of The World showcases every part of the band’s career, from their 1999 debut album A Guided Tour Of Chicago through 2014’s Metropole.

“In the end, I'm super grateful for the collective experience and history of being in this band with two guys I have known forever and love dearly and are my fam,” McCaughan says. “I guess that's what this record kind of means and reaffirms for me.”

Plus, in the liner notes, Kelly and McCaughan reflect on how each song came to be, “sharing anecdotes about what inspired them to put pen to paper.”

“I hadn't heard these songs in over ten years,” McCaughan says. “I'd basically forgotten they existed at all, so listening back to a few of them was initially like stepping into some strange portal—then as soon as I heard them again my memory filled out.”

The band will be touring in support of We Are The Champions Of The World, too. Check out the list of cities and dates below!

Here’s a visual accompaniment. We, the Lawrence Arms, are the champions of the world. Officially. pic.twitter.com/gtPPZytFve