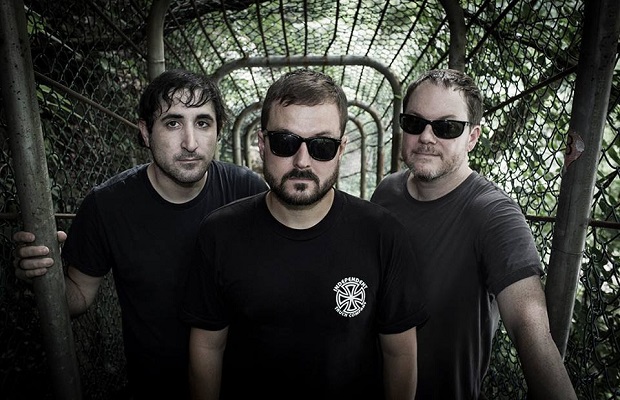 The Lees Of Memory (Photo: Elvis Wilson) are about to release their debut album on Sept. 16, Sisyphus Says. The trio was formed by former Superdrag bandmates John Davis and Brandon Fisher and Epic Ditch's Nick Slack, who turned to Grammy award winning producer Nick Raskulinecz (Foo Fighters, Alice In Chains, Deftones) for their first LP.

Embracing the shoegaze sounds toyed with throughout their career, the Lees draw comparisons to Swervedriver, My Bloody Valentine and the Jesus And Mary Chain.

Vinyl is available from the label along with a slew of Superdrag titles and reissues.