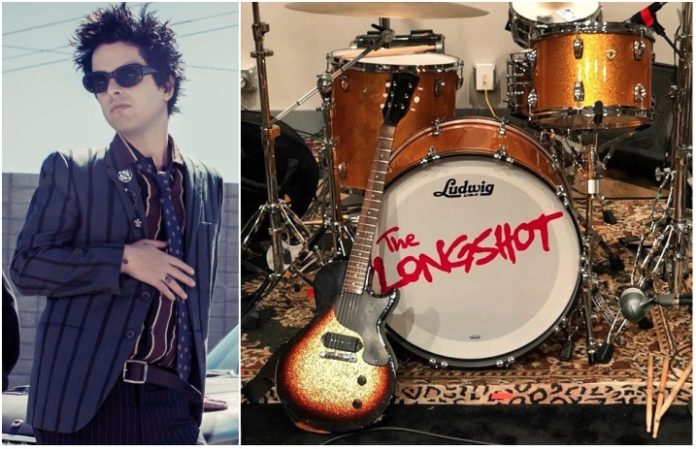 If it seems like only last week when Green Day's Billie Joe Armstrong unveiled the first three songs from his new band, the Longshot, that's because it was. Now, BJA is back with more new stuff from the project—hear it below.

Read more: 10 scene guys who pull off guyliner like a pro

“Kill Your Friends” and “Body Bag” are the gloomily titled new jams, and they join last week's The Longshot EP, the debut release that was available on vinyl from the band at their premiere public performance in Oakland, California, last weekend. The EP's also reportedly for sale at Broken Guitars in Oakland, and a the Longshot full-length is on the way.

But who else is in the Longshot? “I think everyone should spread as many rumors and lies about the Longshot as possible,” the band said in a post on Instagram, the app by which they teased their come-up. But, really, the band's members at the recent live show included David S. Field, Kevin Preston and Green Day touring musician Jeff Matika.