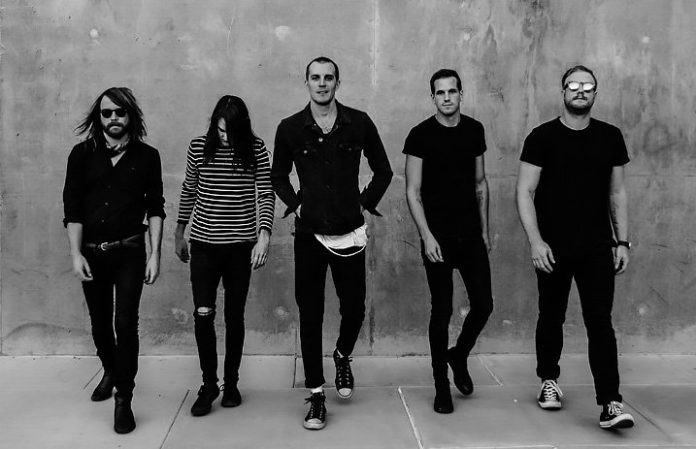 Hey Awesome Band Peeps! You looking for a record deal? Are you sure? Because on the next episode of AP’s Cautionary Tales And Lesson Learned podcast, The Maine’s John O’Callaghan explains how they have been there, done that and got away from the system as fast as they could. “I would be remiss if I didn’t say we were fuckin’ definitely starry-eyed when we were sitting in a big meeting room with the heads of almost every department at Warner Bros.,” the frontman admits. “There’s doughnuts on the table, and [you’re being told], ‘You guys are going to be fuckin’ huuuuge!’ It was hard not to kind of buy into it.”

Some of the dirt O’Callaghan dishes includes how Fearless Records—the indie label the Maine came up through—forced the Maine (“in a good way”) to align with a major label in the first place; how the band’s brattiness wore down Warner to let them release records outside of the major-label system while still under contract; the level of success of their 2015 free tour and life running their 8123 imprint.

“I’ll never forget: Tom Whalley, who was the CEO [of Warner Bros.] at the time, had invited us to dinner in New Jersey after a show,” O’Callaghan recalls. “It was a really honest dinner and a very enlightening, in retrospect, talk. He was basically in a few words, telling us to get out and basically head for the hills,” he says laughing. “At the time, we didn’t know what that meant. So whenever he was let go or stepped down or whatever they put down on paper, we decided we needed to go on our own and go somewhere else.”

O’Callaghan warns that when you are thrust in a world of DIY, you’re doing everything until it hurts. When asked if they had to call up everyone on a 20-page document of record stores distros to get their records distributed through independent channels, the vocalist says even more out-of-the-box thinking was necessary.

“Not even necessarily record stores, but fuckin’ coffee shops and independent businesses that were maybe into the idea of selling a few records,” he says. “We set up a referral program so if you referred a couple people to buy our records, you got X off of our webstore or whatever. Obviously, we didn’t sell as many as we did on Warner, but the landscape had changed, and we still did pretty darn well for ourselves. More importantly, we empowered the people who are going to show up into the room and be there for our music and our tours and hopefully strengthen their belief in what we’re doing but the belief in that you’re a part of something. That’s what we were trying to do: make them feel like they were making the record with us and to help get that out into people’s ears.”