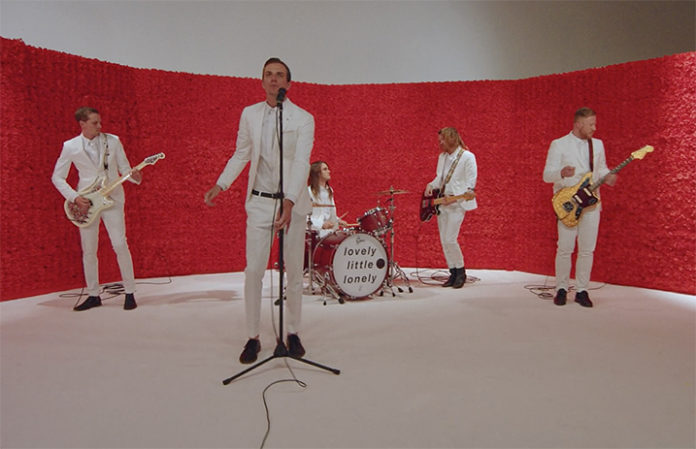 As the Maine prep to head out on their Modern Nostalgia tour, the band shared a sentimental statement on longevity in the music business and what they’re doing to treat fans better.

Anyone who has been a fan of the Maine knows that the band have built a relationship with their fans that’s unlike most fan/band relationships we see today. In their nearly 11 years as a band, they have consistently focused on their fans and music—and let both speak for themselves.

In their reflection on what longevity means to them, they write about their start as a band and their first self-booked shows on the East coast. Things fell through, as expected. But for them, they just wanted to play and meet everyone they could.

“It was our first time away from home playing music, and some shows didn’t even happen due to shady promotion or just lack of tickets sold. We didn’t care. For us what was important was being out on the road and trying to get in front of as many people as possible, show or no show, we just wanted to play music and meet anyone who was interested in our band.”

They learned the obvious lessons: How to live on gas station food and how not to unhitch your trailer if you’re parked on a hill.

But the most important lesson they learned? “I learned how to thank somebody for paying attention to our music.”

And their gratefulness has spanned throughout their career. Ten years later, their message of love and appreciation for fan support hasn’t wavered.

Hey. We love you.

“Up until this point, the only interaction we had with our fans was on the internet,” they write. “We would spend hours every day responding to comments and interacting with fans, but in the end that could only take us so far. The tangible, in-person connections we made on some of those early tours made a difference.

“I can say that because even today I meet people every night who tell me in great detail what I said to them the last time I was in town. I might not remember every detail, but they do. I know that what we say is important to them. At this point in the story, you could hit fast forward all the way to today and I know for certain at any point in that 10 years you could hit pause and see us standing outside after a show shaking hands and taking pictures.”

Read more: The Maine reflect on their past ten years

On their first support tour, the Maine remember seeing bands charging money for a meet and greet, getting a quick five seconds with the band and heading off to spend even more money on merch.

As a fan, we get it. Bands need to make money, too. But the Maine explain that while the easiest way for a band to battle a music industry in decline would be to “impose a tax on the fans,” an occurrence we’re seeing more and more often. But for the Maine, that's not the answer.

“Let the fans pay more money for tickets, merchandise, and let’s charge some money if they want a photo with the band. You are adding yourself (a human being) into your list of available products. Think about that. Pay money, meet me (or us). Congratulations, you have become a human being with a price tag. You now find yourself saying “We could never do this without our fans” and you are absolutely right. If the fans stop paying these premium prices, you can wave goodbye to that comfy tour bus, to those experienced crew members, and probably to the long-term survivability of your band.”

At the end of the day, it truly is about the fans. Longevity is about building a relationship. And that’s exactly what the Maine understand.

“What is the long-term goal? If you want to be in a band for a really long time, why not take a second and think about how decisions made now can impact your career down the line? If only there was a way to give away a little more of yourself up front to ensure your fans feel satisfied, loyal, and a part of something bigger. Maybe there is. Maybe that’s what we did. We kept doing the same thing, every single night. Headlining or supporting, we’re outside talking to fans for as long as we can. That’s it. They’re telling their friends about it, their friends are coming with them the next time we come through. Shows are getting bigger, the fan community is getting bigger, we still tour on a bus, and I’m writing this article on my high speed internet connection that I pay for in the house that I own. My point is that you don’t have to pass the cost of declining album sales onto your fanbase. You have to get creative.”

Read more: Hitch a ride through the Maine’s epic 8123 Fest

And the Maine are the ones getting creative. 2015’s Free For All tour is proof of that.

The tour came about as “an idea that we have had for years now and we finally pulled the trigger on it. It’s a way for us to say thank you to the people that have supported us for the past eight years,” drummer Pat Kirch explained at the time.

And though it might seem like a minor thing, the heart the Maine have showed over the past ten years proves that they aren’t going anywhere. They’re kind of like a best friend: They’ve built a relationship on mutual love and care. The Maine are giving fans of themselves, pouring out their hearts with every release and hearing fans sing along every single night they’re on the road. And in response, they wait outside every single night as well, ready to tell their fans that they matter.

And that’s what makes the Maine a standout in a money-driven industry like music.

“What really matters to us is the real, tangible side of things. People shouldn’t have to spend a ton of extra money on tickets, or to meet a human being. We want our fans to feel like they are a part of something big, and that they won’t have to go broke supporting us. The support we’ve received has allowed us to bend the rules and do things the way we want. It has led to artistic creativity as well as longevity. So yeah, if you’re in a band and want to know more about how we pulled this off, you can talk to us in person if you want. We’ll be the five guys standing outside after our next show, for free.”

It’s a reminder from the Maine that we truly mean something to them. The music world is a better place because they’re here. From the 8123 family, we thank you.

Catch the band on their Modern Nostalgia tour, where they'll be playing Lovely Little Lonely and American Candy in full each night. Check out the full list of cities and dates below!