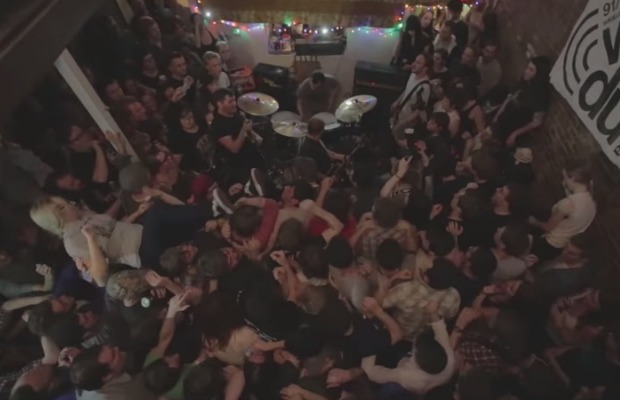 The Menzingers have posted a video from their recent record release show at the Golden Tea House in Philadelphia, Pennsylvania. The footage shows the band performing “I Don’t Wanna Be An Asshole Anymore” to a packed house—obviously at, if not over capacity. The song is taken from the band’s new album, Rented World, which is out now via Epitaph Records. Watch the band’s performance below, and let us know how you think they did.

If you missed it, check out the band’s official video for “IDWBAAA,” which was released yesterday.