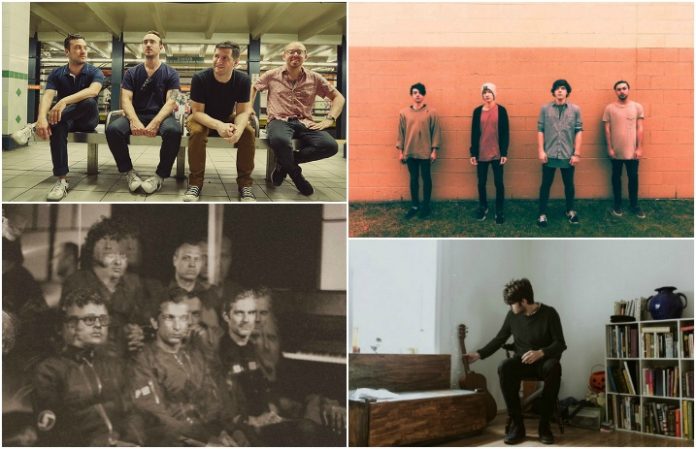 Hear new songs from the Movielife and Slaughter Beach, Dog—plus, see who’ll be playing SHOT FEST this fall. Check out the news you might have missed today below!

1. The Movielife released their new song, “Ghosts In The Photographs.”

The track is taken from from their first album in 14 years, Cities In Search Of A Heart.

The three-day October festival features 19 bands, including 7 Minutes In Heaven, Everyone Leaves, Save Face and more. Tickets are available here.

3. At The Drive In shared a new music video for “Call Broken Arrow.”

The track is off of the band's latest album In-Ter-A-Li-A. The video, directed by Rob Shaw, is the prequel to At The Drive In's latest video, “Hostage Stamps.”

4. 7 Minutes In Heaven and and A Story Told announced that they’ll be headed out on tour this fall.

The bands will be hitting the East coast this October, and tickets are on sale here.

Birdie is out Oct. 27, and you can listen to the lead single, “Gold And Green,” below.

What’s cooler? 100% of the proceeds benefitting Keep A Breast Foundation. See who’ll be playing below, and get your tickets here.

#CommonGroundFest is BACK this Sep in 3 cities! This year, all profits will go to @keepabreast. Tix available now at https://t.co/jWGisbZzr3 pic.twitter.com/8AEQvtUfP3

7. The Menzingers have announced a European tour.

They’ll be hitting the road with PUP and Cayetana. See the cities and dates below!

We're excited to announce we'll be touring the EU/UK with @puptheband and @CayetanaPhilly! Tickets on sale this Friday at 9am UK / 10am CET pic.twitter.com/Rj8aieBzhn