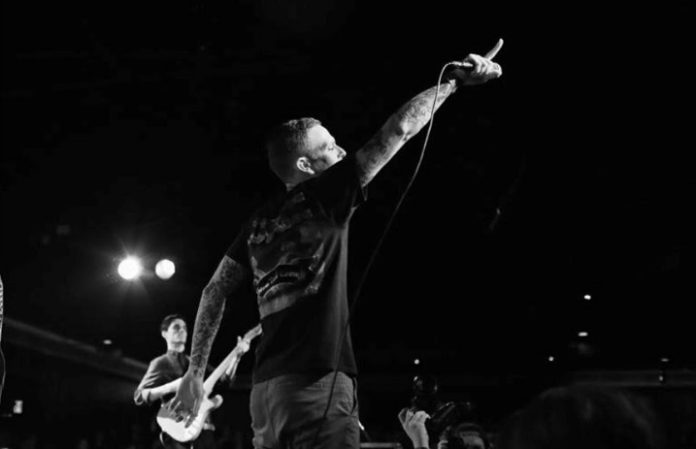 After announcing their signing to Rise Records, New York-based the Movielife have revealed that their new record, Cities In Search Of A Heart, is due out Sept. 22.

Check out the album artwork below!

Cities In Search Of A Heart marks the band’s first album since 2003’s Forty Hour Train Back To Penn, and in addition to the new album, the band will be making an appearance at Slam Dunk Festival in the UK this weekend.

“Brandon [Reilly] and I have poured every ounce of ourselves into this record,” vocalist Vinnie Caruana says. “It's not easy visualizing what a Movielife record would sound like in 2017. We wrote and wrote and wrote and got to an amazing place. This is not a comeback record; this is something truly special. This album is a project we are both immensely proud of and can't wait to share it with the world. Full steam ahead.”

Additional details for the band’s new record, along with new music from Cities In Search Of A Heart, are to be released soon.

In the meantime, check out the album artwork below.

How excited are you for new music from the Movielife? Let us know in the comments below!