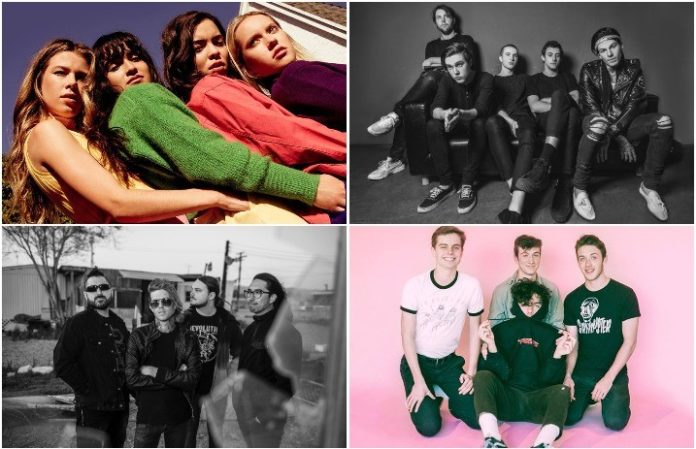 Watch new music videos from the Neighbourhood, Between The Buried And Me, GRIZZLY! and more—plus, don’t miss new songs from the Aces and Taken. Check out the news you might have missed today below!

Read more: Underoath put faith into the very thing that got them this far: Themselves

1. The Neighbourhood shared a music video for “Scary Love”

The Neighbourhood have shared a retro-style new music video for their song “Scary Love.” The track is taken from the band’s self-titled album, out today, and you can snag your copy here! The band will also be headed out on a few headlining shows this summer, and for a complete list of dates, you can go here!

Of Mice & Men have shared another behind-the-scenes look at life on the road in the third episode of their Defy tour diary.

American Nightmare have shared a music video for their song “Gloom Forever.” The song is taken from the band’s recently released self-titled album. Get your copy here. They will also be hitting the road for a few tour dates, and to see a full list, go here!

Taken released “Regret,” their first song in 14 years. The song is taken from the band’s upcoming album With Regards To, out April 27. You can preorder the album here!

5. MT. EDDY shared a Back To The Future-inspired music video

We’re not sure if we just watched Marty McFly or MT. EDDY perform in the band’s new music video for “Zombie.” The song is taken from the band’s upcoming EP, which is set to be released March 11. MT. EDDY will be heading out on tour with the Regrettes later this month, and you can check out the dates and purchase tickets here!

6. Between The Buried And Me shared a new music video

Between The Buried And Me shared a music video for their song “Millions.” The song is taken off the band’s album Automata I, and you can get your copy of the album here! The band are heading out on a headlining tour, and for a full list of dates, you can go here.

7. The Aces shared a new song

The Aces shared a new song called “Just Like That,” off their debut album When My Heart Felt Volcanic, out April 6. You can snag your copy of the album here.

GRIZZLY! shared a music video for their song “Coexistent Combatants.” The song is taken from the band’s upcoming EP A Fruitless Tree. The EP is expected to be released this spring, and you can stream the song (and others) here!

heyohwell released a cover of Waterparks’ “Stupid For You.”

Australian psychedelic surf-rock sextet Ocean Alley released their sophomore album, Chiaroscuro, today. You can get your copy of the album here! The band also shared a music video for their song “Confidence.”